Say Hello to the Wild West in Tombstone 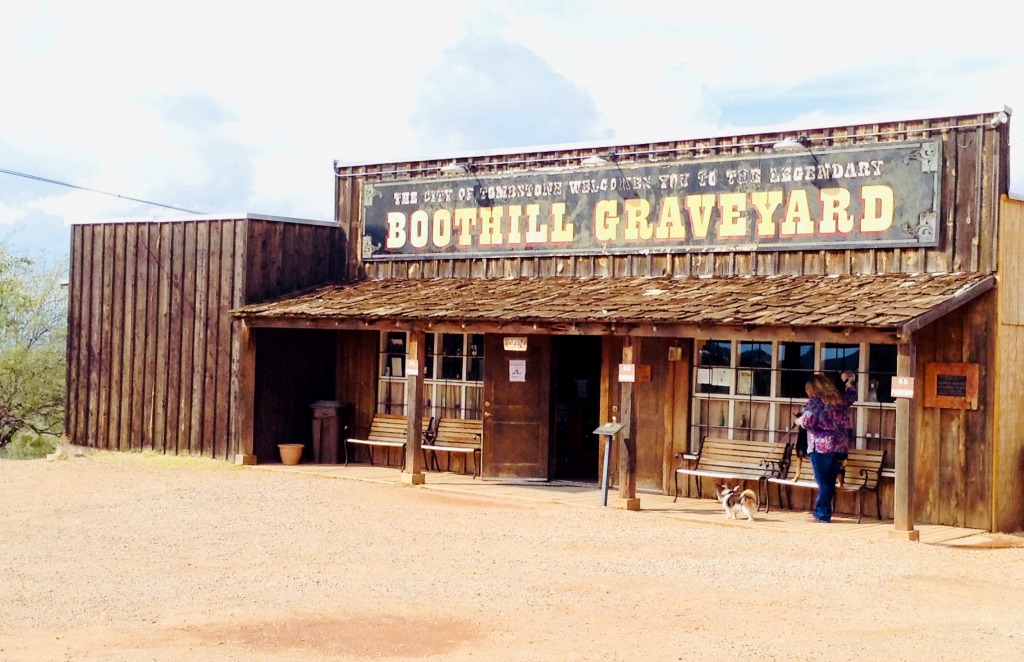 As a fan of the movie, Tombstone, visiting the Southern Arizona town felt like a pilgrimage, something I had to do.

Yet anyone who enjoys westerns and live theater can find much to like about this town. People dressed in late 19th-century clothing, like the kind Doc Holliday and his gal, Kate, once wore pass you on the street. And when you watch the re-enactment of the Gunfight at the O.K. Corral, you feel as much excitement in the audience as there is with the actors shooting it out in front of you.

Another treat ~ and my biggest surprise of the day ~ was Boothill Graveyard. The tombstone epitaphs, one after another, were a hoot. I couldn’t stop smiling.

(You can see one of the more humorous epitaphs in my Tombstone, Arizona Photo Gallery.)

Surely if the people who wrote them were living today, they’d be doing standup comedy.

Between the epitaphs, the shootout, the friendly townies in dress-up, a day in Tombstone is sure to put a smile on your face.