Ugliest Fastest Bird in the West, Where Roadrunners Rule 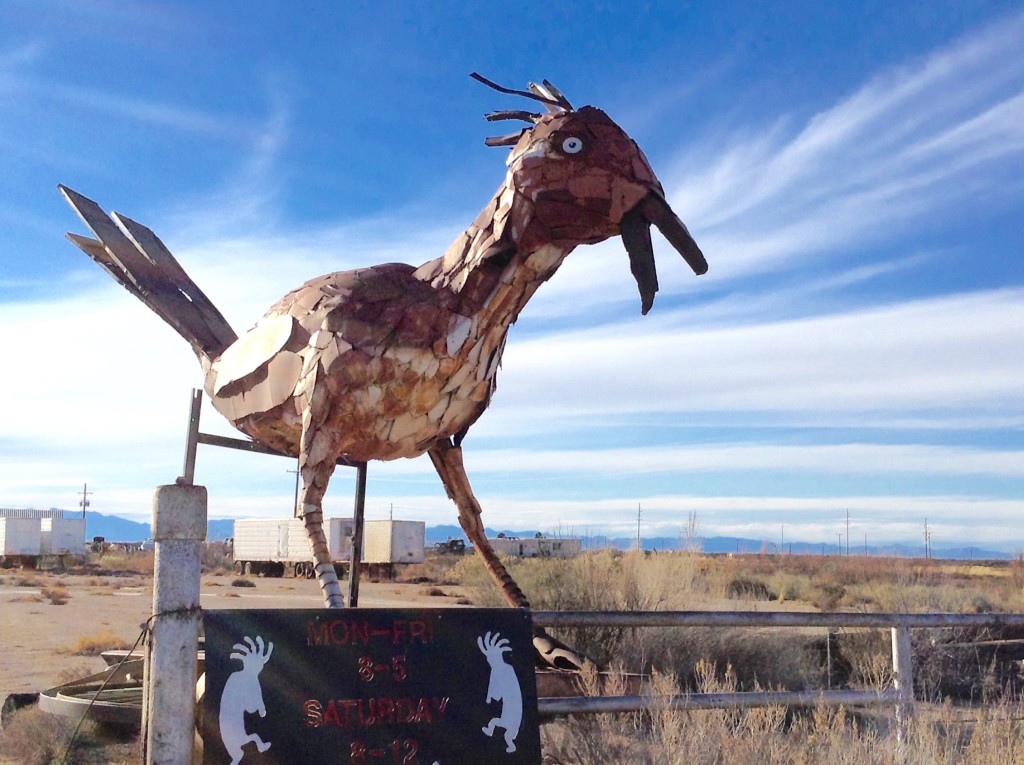 No doubt about it, the Southwest’s obsession with roadrunners is as old as dirt.

You can’t go a day in New Mexico without seeing the word “roadrunner” as part of a street address or local business name. And you spot sculptures of roadrunners, big and small, throughout the Southwest.

But it wasn’t until spotting this roadrunner sculpture on display at the Basin Pipe & Metal Recycling in Alamogordo I decided to look into the cult of the roadrunner.

Not because the sculpture is the biggest or the tallest I’ve ever seen, but because it’s the ugliest.

The bird looks so . . . messed up, you start to wonder why anyone would devote the time to make it.

You ask yourself, What compels Southwesterners to build sculptures of roadrunners the way the ancient Greeks did of the goddess Athena?

And then you start to wonder out loud,

Is The Fastest Bird in the West really “All That?”

That’s when you discover roadrunners have . . .

And yes, we had to go there.

Turns out The Fastest Bird in the West really is “all that.”

Well-adapted for desert life and cuisine, the roadrunner is made for the Southwest and vice-versa.

It’s more than worthy to be New Mexico’s state bird and the subject of a sculpture or two.

What is the most unusual subject for a sculpture you’ve ever seen?