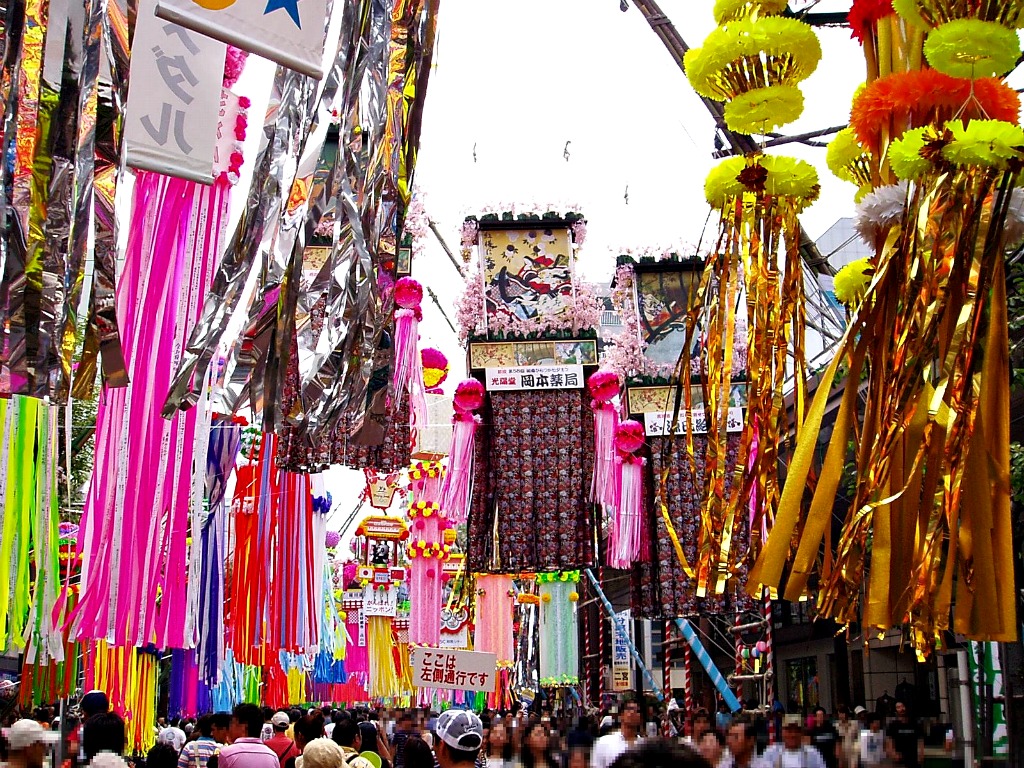 On five-color strips of paper I have written. (ごしきの たんざくわたしが かいた/Goshiki no tanzaku watashi ga kaita) ~ lyrics from “The Tanabata Song”

Summer is the major festival season in Japan and now is the right time of year to start planning your trip there.

You do not want to miss any of it.

Local communities come alive during festival season. Neighborhood enthusiasm is contagious, and if you’re in Japan at this time of year, you WILL catch it.

Tanabata, the “star festival,” is a popular Japanese summer festival.

It’s based on two star-crossed lovers, actually two star-crossed stars: Altair and Vega (of the constellations Aquila and Lyra, respectively). Personified in folklore as Hikoboshi, a cowherd, and Orihime, a weaver, they marry but live separated by the Milky Way. The couple meets only once a year ~ on the seventh day of the 7th month.

TANABATA IS THE FIRST JAPANESE SUMMER FESTIVAL OF THE SEASON.

How do people celebrate it and other Japanese summer festivals? How can you take part in Japan’s biggest outdoor parties? 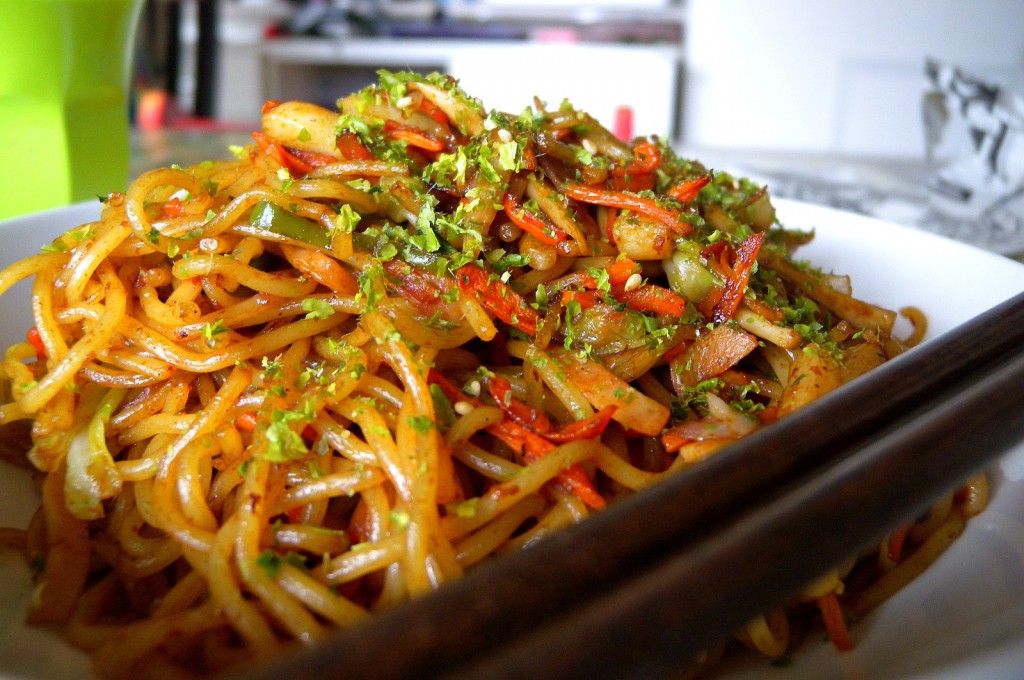 Cool off with cold beverages and chilled dishes. Somen ~ with thin noodles resembling the strands of the Milky Way and the threads Orihime uses to weave ~ is especially popular during Tanabata.

And come dessert time, take your pick of shaved ices in a rainbow of flavors, cotton candy, fruit crepes, and ringo ame ~ 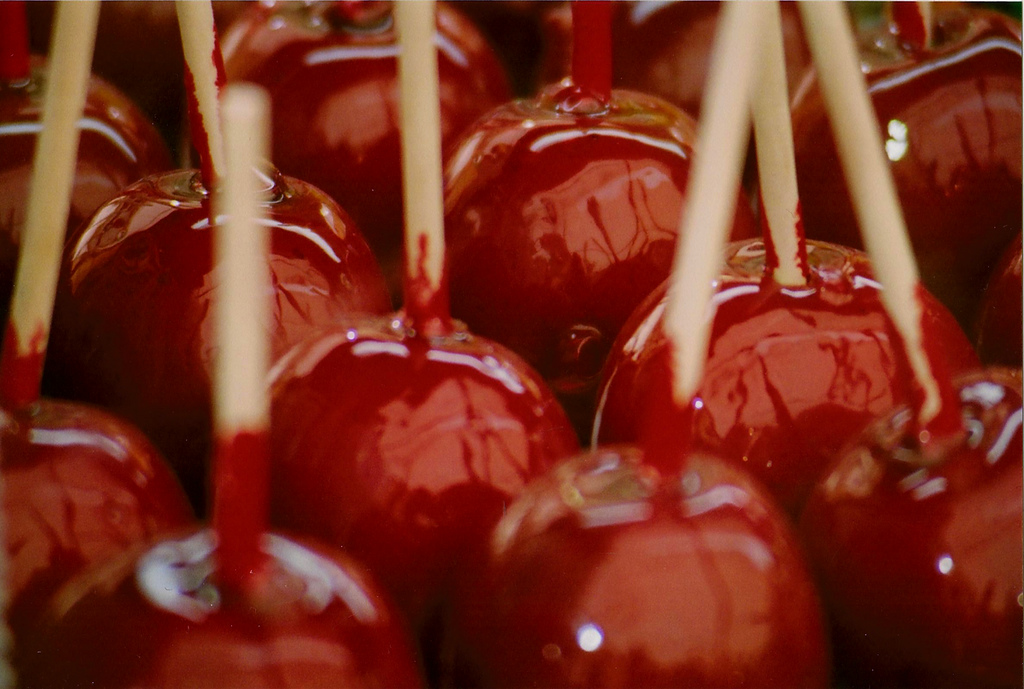 Yukata – pronounced yoo-kah-tah – is a type of kimono worn by both women and, to a lesser extent, men in Japan.

Formal kimono, the kind usually seen in travel advertisements and movies set in Japan, can be drop-dead gorgeous. However, getting the elaborate obi – decorative outer belt – tied just so can be a hassle, difficult to do unaided.

The stiffness of the obi can feel more than a little uncomfortable even if you’ve been wearing kimono for years.

Plus, the costs of buying kimono, which are ideally of silk rather than synthetic fabric, run high.

Not so with yukata, the casual summer kimono. Made of washable cotton, they’re a pretty and practical option for warm weather leisure activities.

But that’s in Japan; outside of Japan, the rules are more relaxed.

And since many Japanese people living in the U.S. wear yukata to Fourth of July firework celebrations, this coming Independence Day could be the ideal occasion to publicly debut in one of your own. When you’re ready to wear yukata – and you’ve no Japanese friends or acquaintances nearby to help – check out one of the supremely easy to follow videos YouTube, like this one, before seeking to order online.

Fun, food, and yukata ~ Japan is a summer festival.

1) Watch both versions of the movie, The Karate Kid. You’ll want to see the 2010 version with Jackie Chan and Jaden Smith in the title role set in China. It includes a scene featuring the Qi Xi, the Chinese festival from which Tanabata originates. And you’ll want to see the original 1984 version set, partially, in Japan. Because, well, despite all the imitators since, there’s nothing like seeing a young Ralph Macchio winning the fight of his life with the “crane” technique.

2) Visit a favorite Japanese restaurant. If you’re in the Mesilla Valley, here is a good place to start. In New York, visit Ippudo.

3) Learn more about Tanabata and how an originally Chinese event became so very Japanese.