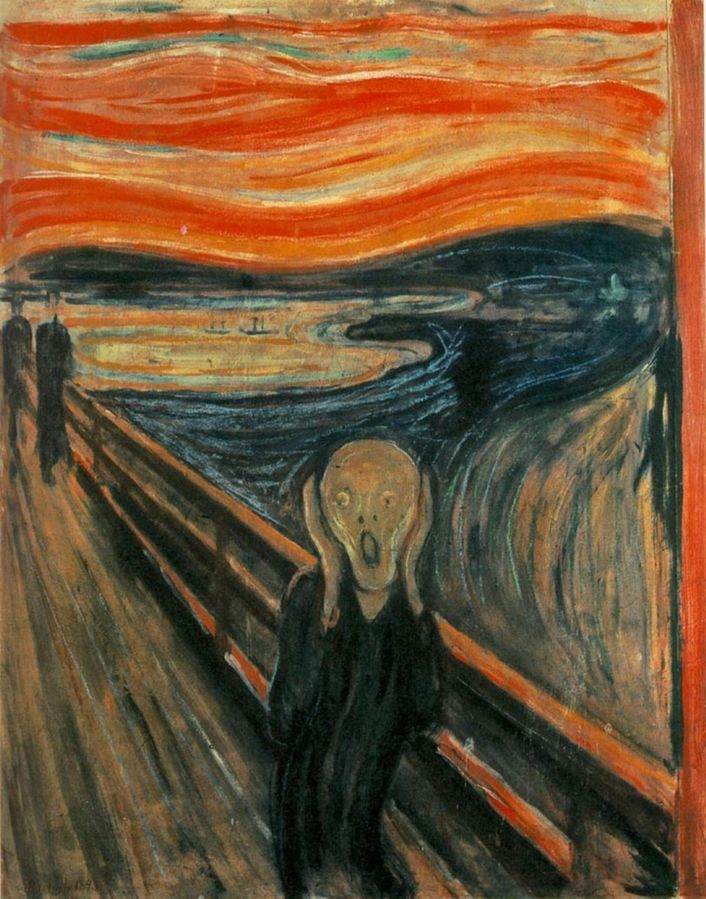 He who is not everyday conquering some fear has not learned the secret of life. ~ Ralph Waldo Emerson

Life in Southern New Mexico’s Chihuahuan desert is not for sissies.

I’d already developed a good set of lungs when I arrived in New Mexico from singing, but between finding black widow spider babies in the garage and crickets in the loo, the pipes are getting a real workout here.

Before I came to New Mexico I’d never seen a grasshopper up close.

So when I found thirty-plus grasshoppers clinging to the southern side of our house for warmth our very first winter here, I lost it.

That was my first real good scream.

Who knew anything that ugly could get that BIG???!!!

Remember reading about how the Egyptians, in the Book of Exodus, got so freaked out by swarms of locusts?

They had tens of THOUSANDS of those critters leaping and crawling in their kitchens, on the tops of their heads.

So how does one learn to love Southern New Mexico life while dealing with these smallest of animals?

Let me introduce you to ~

A month ago, I stumbled upon what turned out to have been a bull snake in our yard.

And now, just outside the pantry, I’ve met my first scorpion – a REALLY BIG one. (Thank God for light colored flooring; still, even with a darker floor, it would be hard to miss seeing something THAT BIG sashaying by.)

The same thing I did when I saw the snake.

Then I ran for my camera to take this picture. 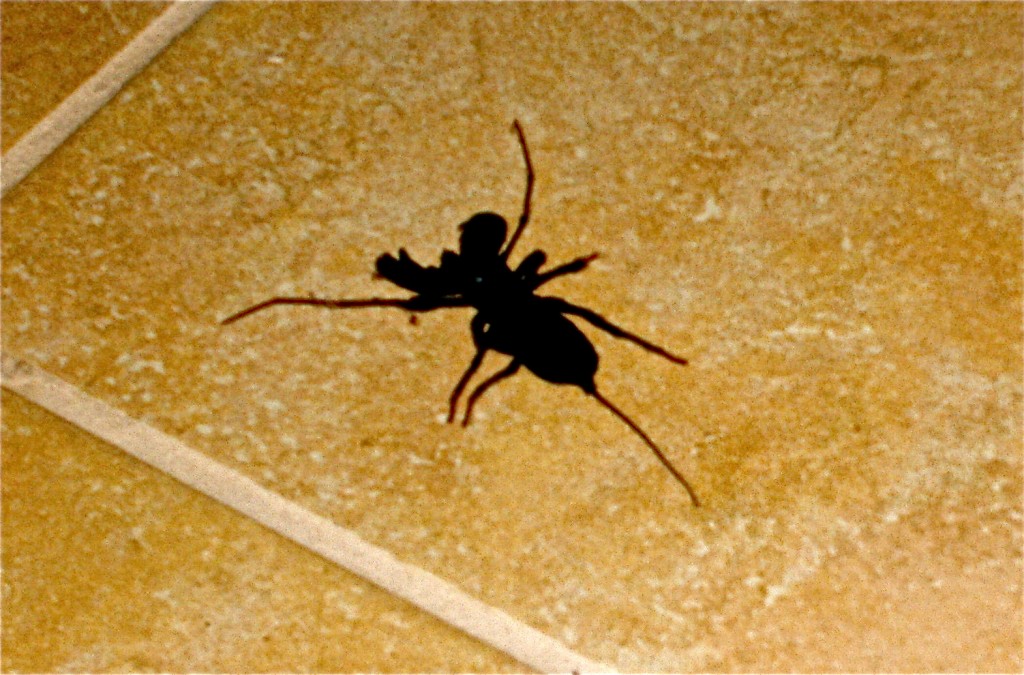 The scorpion is big. It is black. Hear Melodie scream. She can scream LOUD.

I snapped as many shots as I could before my husband ran in from another room and took that sucker out with a boot.

(Now that we’ve moved to warmer climes and no longer wear boots to stomp around in the snow, he uses them to stomp critters – could say they’ve been re-purposed.)

The fact is . . . with a giant whip scorpion here, a snake there, and the odd grasshopper invasion,

I’ve been averaging one good scream a week.

So how is it that I’m SO HAPPY living here?

There are a lot of extremes in the Chihuahuan desert and so many of these leave you with your eyes wide and mouth open saying, “WOW.”

When thunder roars, it sounds as if God were jogging on the roof. Lightning bolts don’t look like little lines in the sky but flashes that fill the window with white light.

Chihuahua Desert rain, when it does come, comes SUDDENLY.

And it comes strong.

Either get your car off the road or kiss your steering goodbye and prepare to float home.

Oh, but those rains leave the most beautiful rainbows behind.

These too, are WOW.

That’s why I’m happy to stay (and scream.) 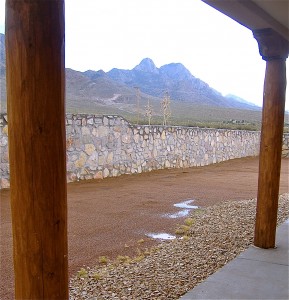 What would you most like to do even though the idea scares you crazy every time you think about it?