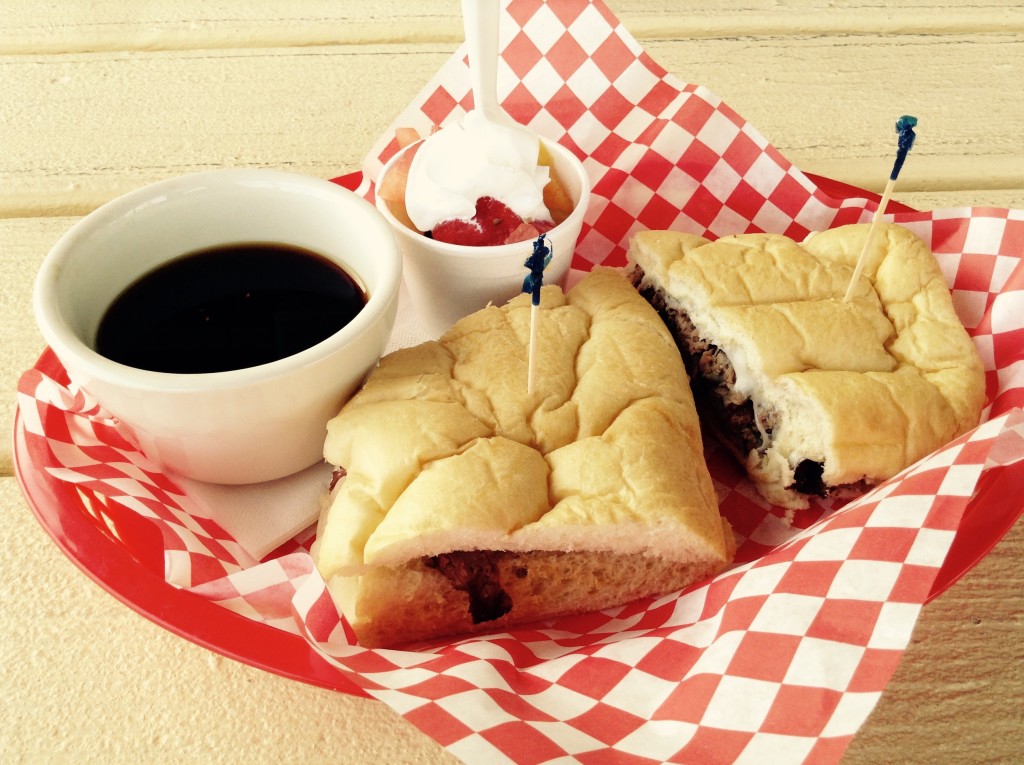 You see no pools of water or waving palm trees lining the streets.

But when you’re more than six hours from your last meal as we were, the sight of a restaurant with picnic tables on the porch and a big ole OPEN sign seems like a dream.

We were driving through Beatty on the way to Tonopah, NV when I saw the sign and announced to hubby L, “This is the place!”  The smile on the face of the server who greeted us then asked if we wanted to eat inside or outdoors, cinched the deal.

In a small town with few restaurant choices, KC’s Outpost stands out by serving a variety of sandwiches, soups, sandwiches, salads, and sandwiches.

Oh, and did I mention the sandwiches?

With more than 10 different kinds of sandwiches available with your choice of cheese and toppings, KC’s Outpost is a sandwich lover’s oasis. 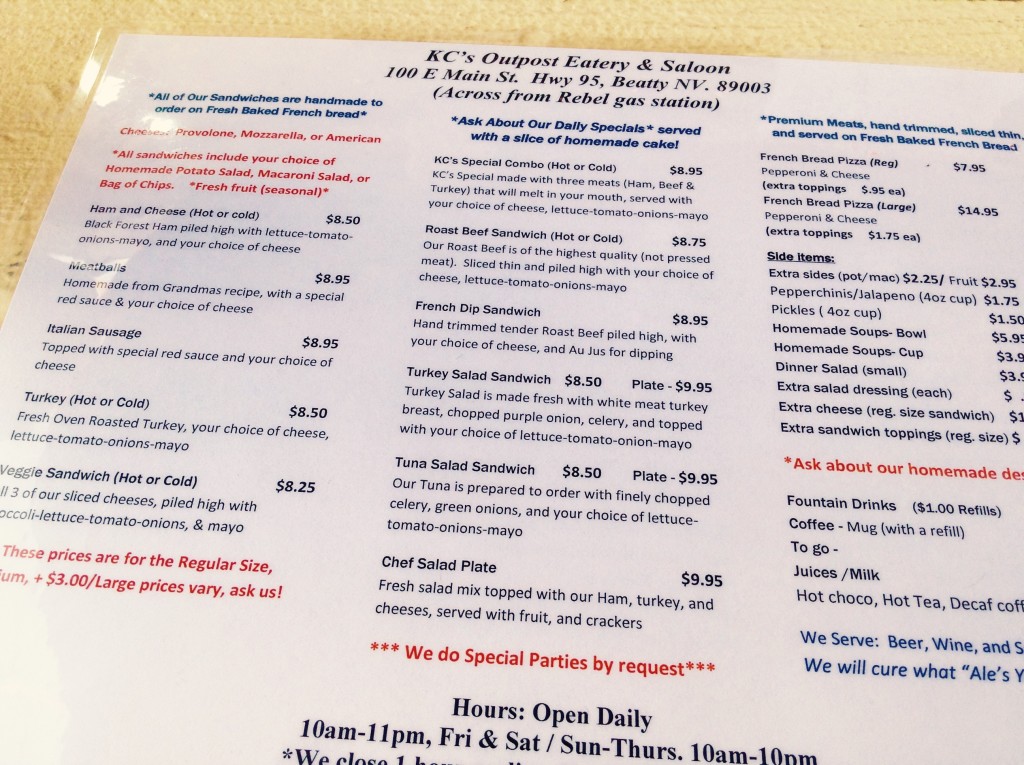 The daily specials are sandwiches with salad and desert, for the same price a sandwich alone usually goes for. 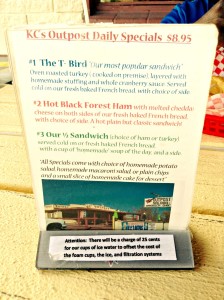 Maybe you’ll pore over the list of specials a while like L did. Special #2, the Hot Black Forest Ham sandwich with melted cheddar, was looking pretty good to the both of us.

But we both ended up choosing from the regular menu. L went with the Italian Sausage. 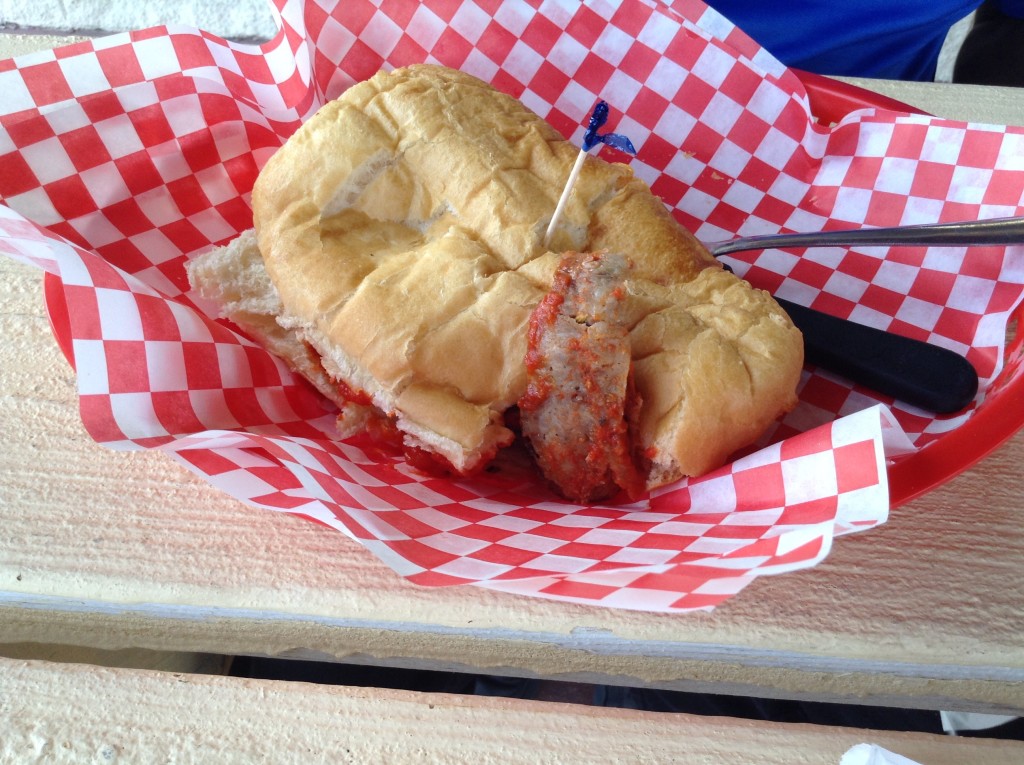 Gluten-sensitive me was surprised to find some non-sandwich options on the menu, such as soup and salad. But not until after I had already done the naughty

by eating the juicy French Dip in the featured image above.

The crust could have been crispier, but the inside texture was light, and the meat and broth well-seasoned.

These are the things that will bring us back to KC’s Outpost Eatery & Saloon next time we pass this way and why you might want to give it a try.

WHAT TO DO AFTER YOUR MEAL?

Take a Side Trip:

Drive less than an hour over the state line to California and Death Valley National Park. Death Valley is the largest national park in the U.S. outside of Alaska and the lowest point in North America ~ 282 feet below sea level.

Springtime, before the summer heat hits and when the wildflowers bloom, is the best time to go.

What is your favorite sandwich and where do you get it?