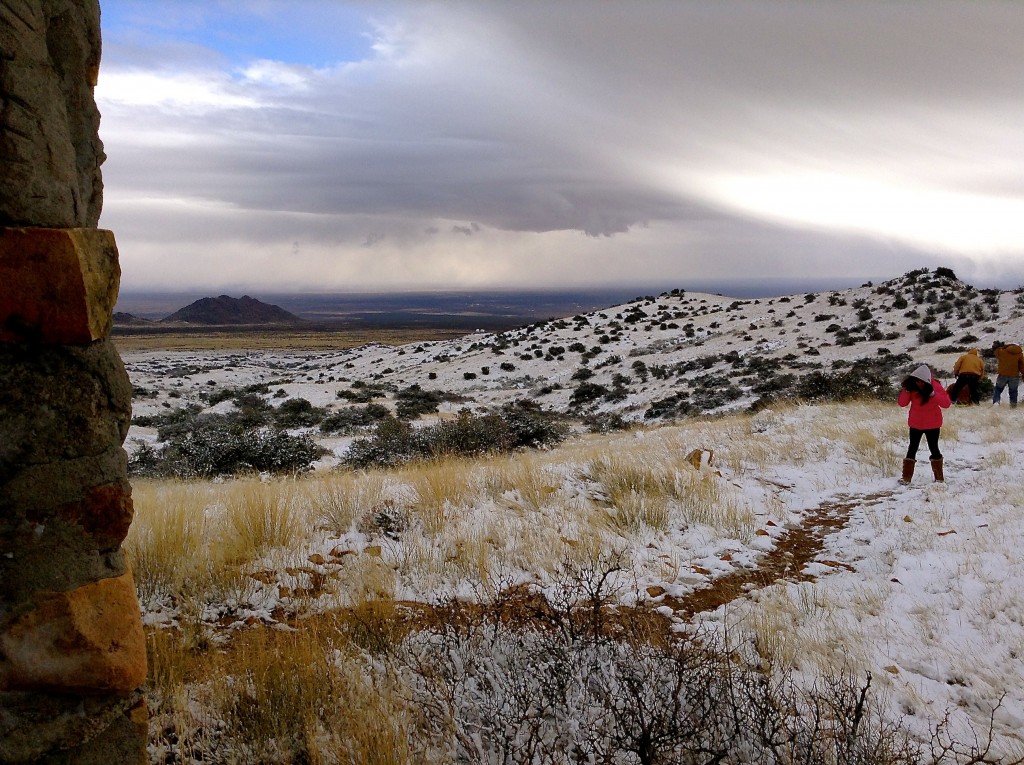 It’s mid-winter in Las Cruces and you wake to the sound of an engine starting. You hear the neighbor kiddos laughing, a car door slamming, then pulling off. You finally manage to roll over towards the window, part the blinds for a peek ~ then JUMP out of bed.

There’s snow on the ground!

And within minutes, you, too, a mug of hot coffee in hand, are heading east on the Interstate 70 to play in the snow at San Augustin Pass.

The San Augustin Pass is a mountain gap separating the San Andres Mountains to the north from the Organ Mountains to the south. You’ll find it on the Interstate 70 about 10 miles east of Las Cruces, just past the town of Organ.

But WHY THE RUSH to get to San Augustin Pass, NM in the wintertime?

The climate in Southern New Mexico is mild year round, with daytime temperatures averaging 46 degrees in the wintertime. The rare snowfall is light and doesn’t stay on the ground long.

So when it does come, locals run to the place to where the snow is heaviest. The San Augustin Pass, at an elevation of over 5700 feet, is that place.

Families wage snowball fights, teens try their hand at snowboarding. Couples trod up to the stone gazebo for a closer view of the Organs and its 9,000 foot high peaks of granite. 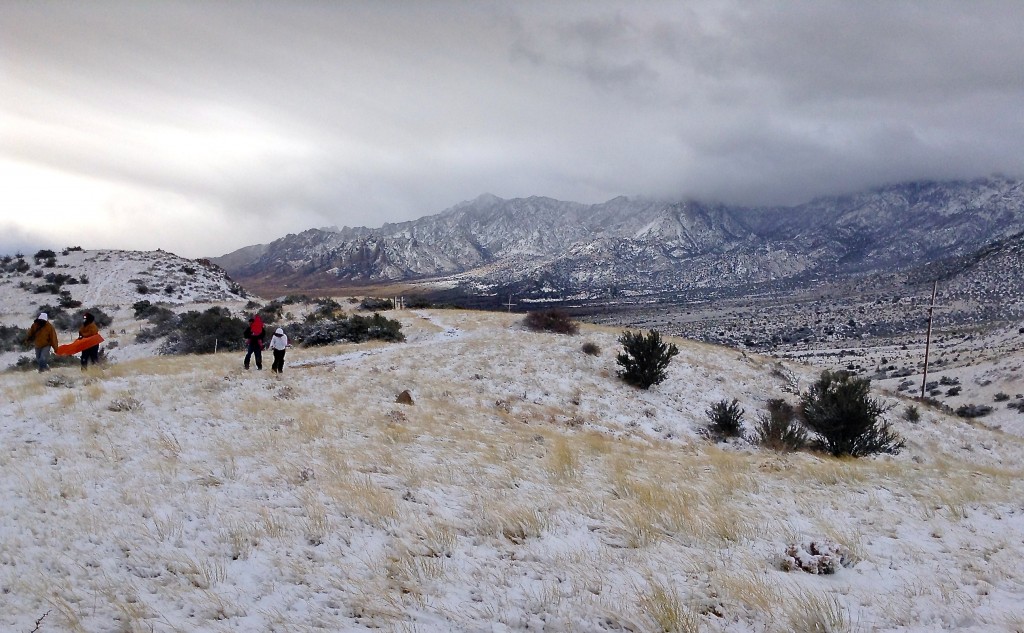 Snowboarders and snowball throwers play in sight of snow-covered Organs.

Not only of the Organs but also of the surrounding Tularosa Basin.

As far to the northeast as the white dunes of White Sands National Park and the Sacramento Mountains near the city of Alamogordo. As far south as the headquarters of White Sands Missile Range, where the world’s first atomic bomb exploded.

Everywhere you look is a photo op. 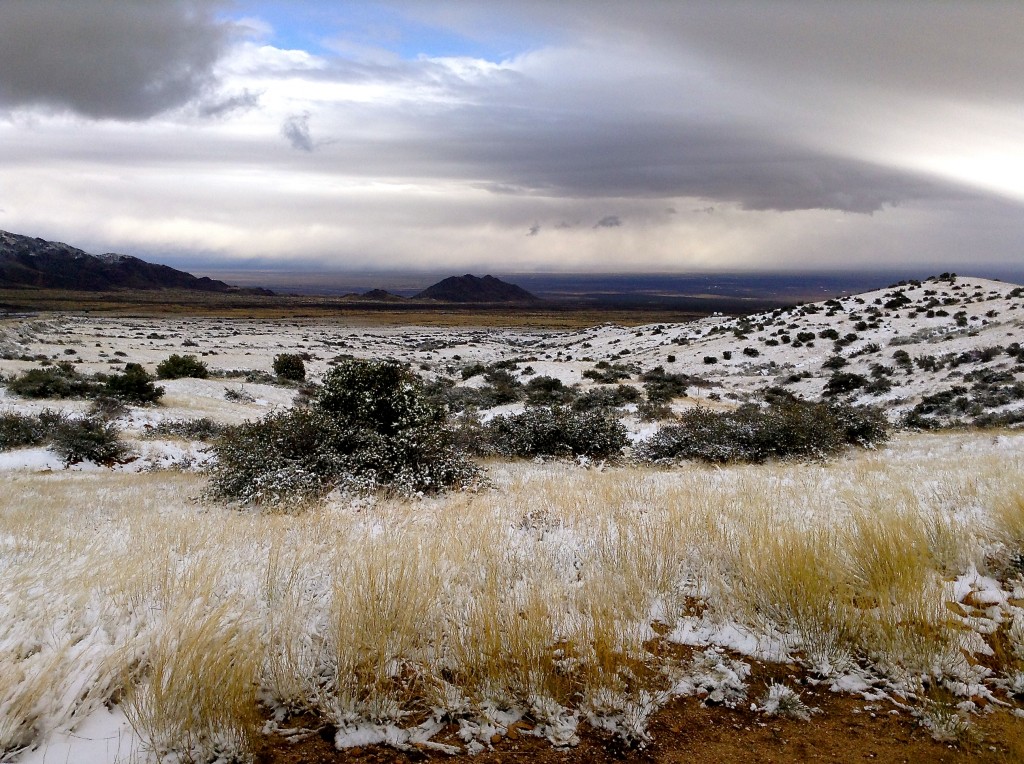 View of the Tularosa Basin from San Augustin Pass, looking east towards the dunes of White Sands National Park. 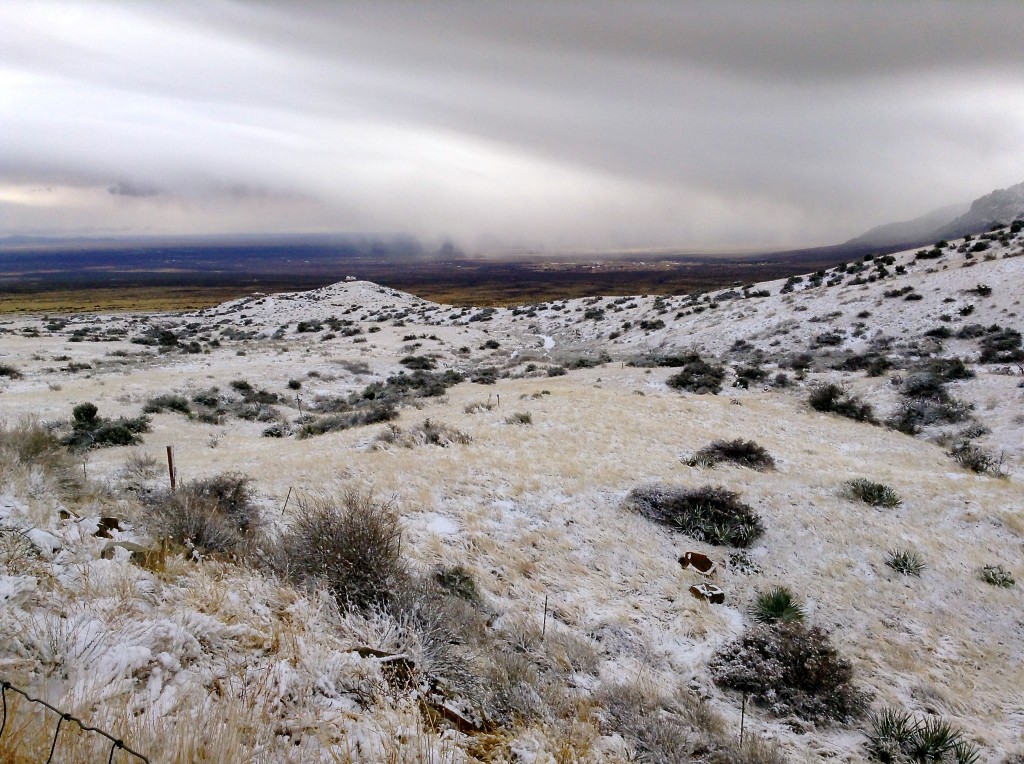 So now you know . . .  next time you’re within driving distance of Las Cruces and it happens to snow, drop whatever you’re doing and head for the Pass.

Because who knows when it will snow again? 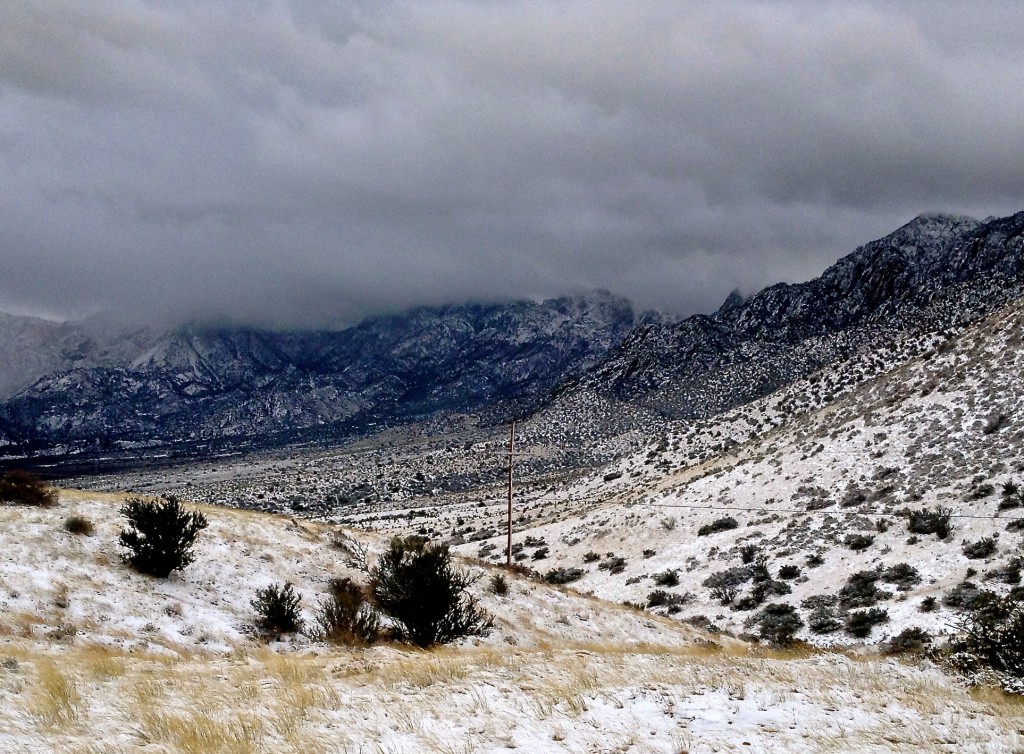 Organs in winter mist, east-facing side of the range.

What is your favorite “can’t miss” wintertime destination?