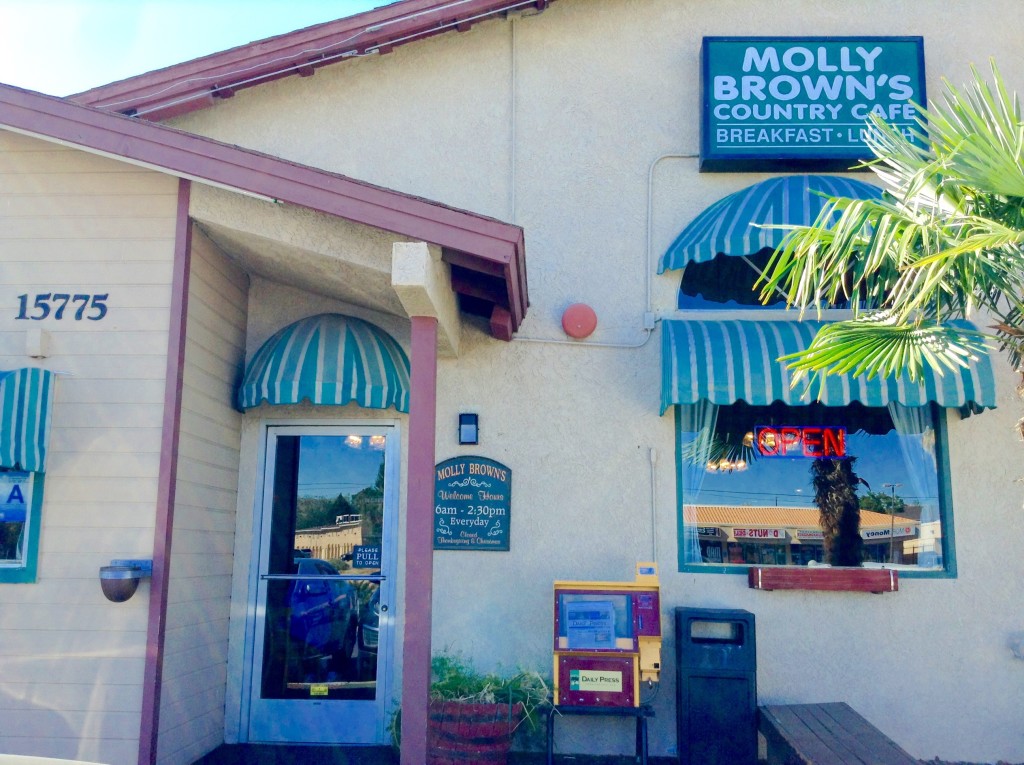 When San Francisco friend learned we were on our way to Victorville, a city of 120,000 in California’s Mojave Desert, the first thing she said was, “Why? There’s nothing there.”

But after 4 days of fun in San Francisco, we were looking forward to taking it slow. Victorville’s “nothingness” made it the perfect place for what we were planning to do there: attend an International Marriage Conference.

Husbands and wives are more likely to focus on each other when there’s nothing else to do.

That’s how we found and became fans of Molly Brown’s Country Cafe. Except for eating, there isn’t much else to do in Victorville. And breakfast is our favorite meal.

If that’s your story, too,

let me tell you about Molly’s, where you can get a real food breakfast.

Because when you’re hungry and worn out from driving, why fool with an Egg McMuffin if you can get something much better?

Molly Brown’s Country Cafe has four Southern California locations, 2 of these in Victorville. We were running late for the conference that morning when I dropped L at the Mojave Road location. He went in to order something to-go for himself to eat in the car. (I had already eaten the few sushi rolls leftover from dinner the night before, hoping they would hold me over until lunchtime.)

But those plans went out the window when the cheerful-looking exterior invited me to join L inside. Wow ~ the interior was warm and cheerful, too, and they had blue-cushioned barstools and booths! 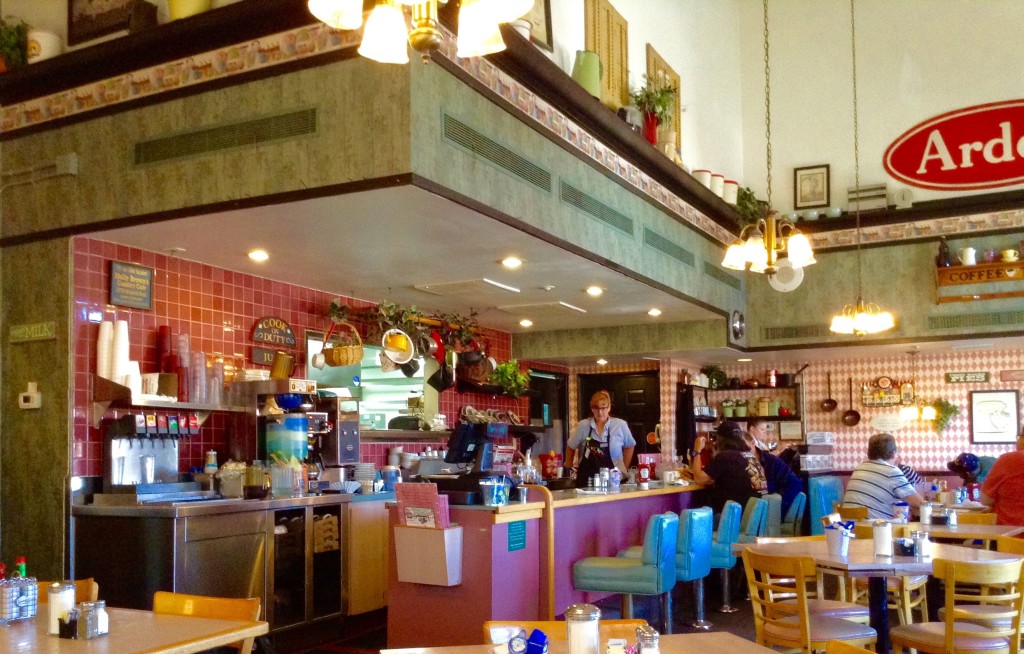 So we canceled L’s to-go order and sat down in one of the booths to eat-in.

The menu is extensive enough to offer variety, but not so much that it overwhelms you with choices. I ordered a “Two Egg” breakfast, with two eggs scrambled, two sausages, fried potatoes and swapped out the bread component (toast or biscuit) for fruit instead.

The wait wasn’t long at all so I was extra pleased to see ingredients such as green bell peppers and grilled onions with my potatoes. Everything tasted so good, nothing overcooked.  And the bonus was there was ample food on that plate ~ even though I had ordered from the Senior’s Menu, meaning a smaller than usual portion. 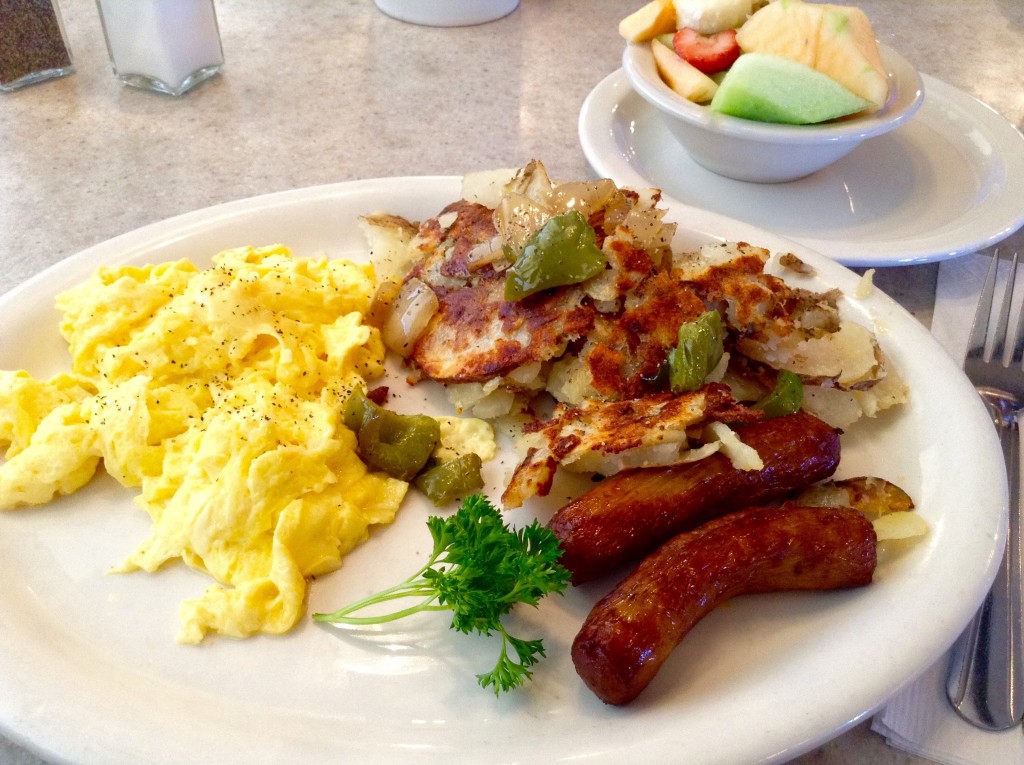 The folks at Molly Brown’s know they’re cooking for real people with real appetites. You’ve got to appreciate that.

Southern Cal desert locals have voted Molly Brown’s Country Cafe as “the best” in the area. With one weekend of experience under my belt, I can’t be sure but I think they’re onto something.