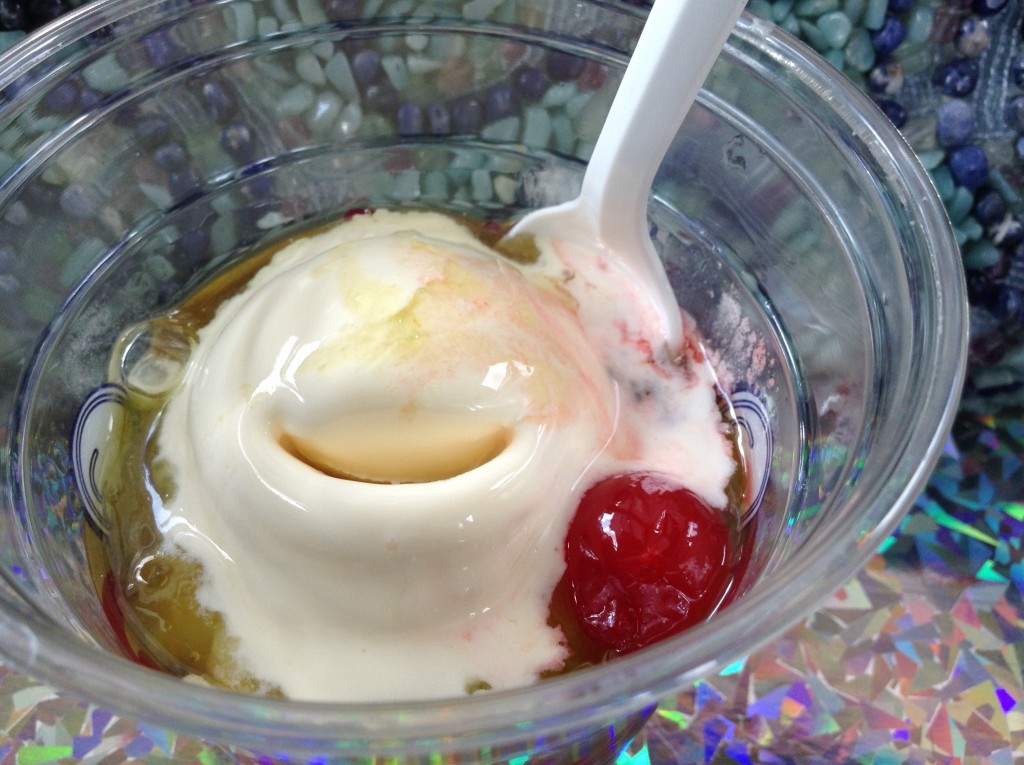 You can’t buy happiness, but you can buy local and that’s pretty much the same thing. ~ Unknown

If we can grow it, you can eat it.

That’s the vibe in Las Cruces, where peppers and “other” edibles in unexpected combinations can become your new norm.

And where YOU CAN HAVE GREEN CHILE ON ANYTHING YOU LIKE.

Caliche’s Frozen Custard is an institution in LC and the retro-style buildings at both locations ~ Valley Drive and Roadrunner Parkway ~ are magnets for anyone in search of a quality sugar fix.

Prefer the original Valley Drive store even though Roadrunner is closer to home. It’s a cultural icon, with faded paint but infused with easygoing 50’s-era ambiance. It’s where I went recently for a mid-week pick-me-up.

Decided on a sundae with vanilla custard. (The only other custard choice is chocolate.)

Saw many tempting toppings on the menu board, but the words GREEN CHILE caught my attention right away.

Is the green chile topping popular with locals? I asked the counter guy. Or is it a gimmick only tourists go for?

He smiled and told me Caliche’s green chile sundae had been a favorite with EVERYONE since even before he was born.

Counter Guy looked to be nowhere nearly as old as I was, but old enough for that to mean a LOT of people.

He sealed the deal by offering a sample that made me smile.

And that’s when I ordered my first green chile sundae. 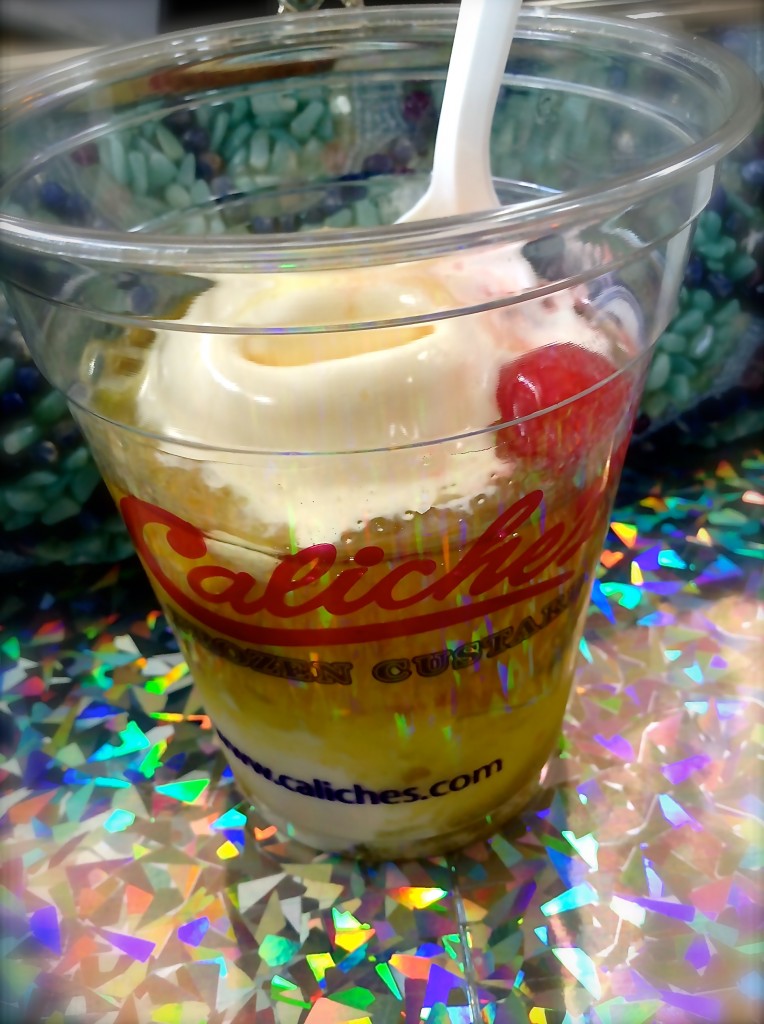 If you’ve ever thought some things were too strange to work together, you know how I felt sitting in my car, getting my perspective tweaked with every spoonful of ice cream and salsa.

I considered other spicy-meets-sweet possibilities.

Like raspberry jalapeño salsa over cheesecake  . . . can you imagine that? Or tangy peach habanero salsa with pork tenderloin?

Both are combos native New Mexican and former professional salsa maker Lisa Asel suggested during our video interview. She raised a lot of eyebrows with that one.

Now neither dish sounds as off the wall as it used to.

These days, I’m finding edible goodies in my own backyard.

You can’t get any more local than that.

Is it true what they say,

It felt that way while I was waiting, waiting . . . . . waiting for this tall yucca to open its pear-shaped flowers  ~ so I could eat them already. 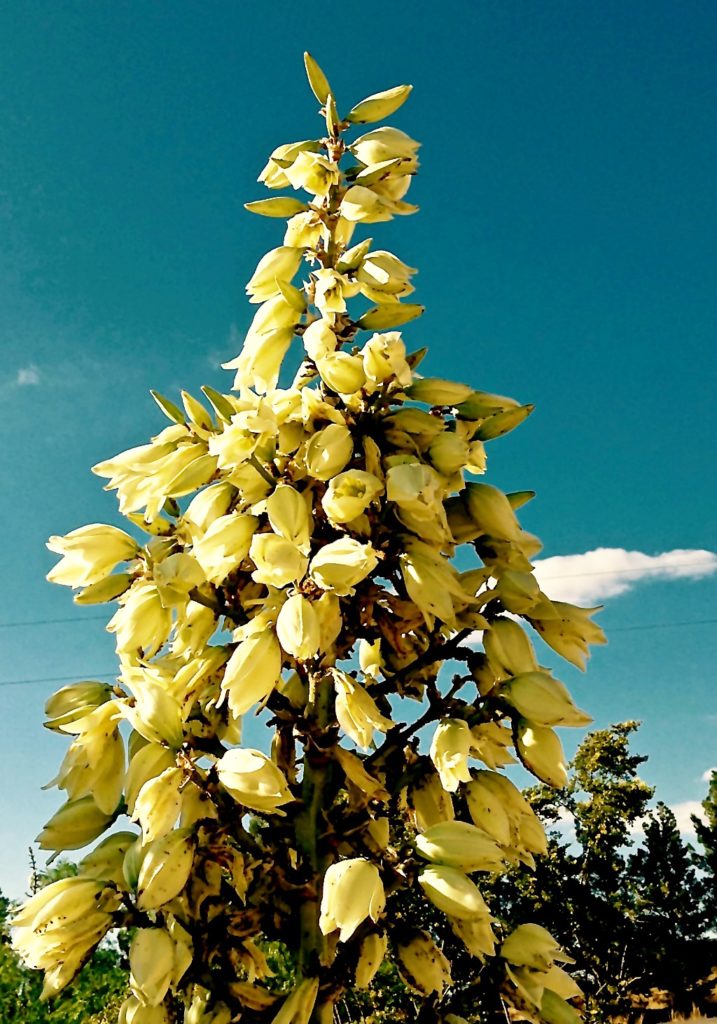 Would yucca really taste like snow peas or artichokes, as I had heard some say?

Fact is, the time comes when you’ve heard enough talk about a thing and you need to try it yourself.

So, yes, my plan was to rinse those beautiful petals . . . 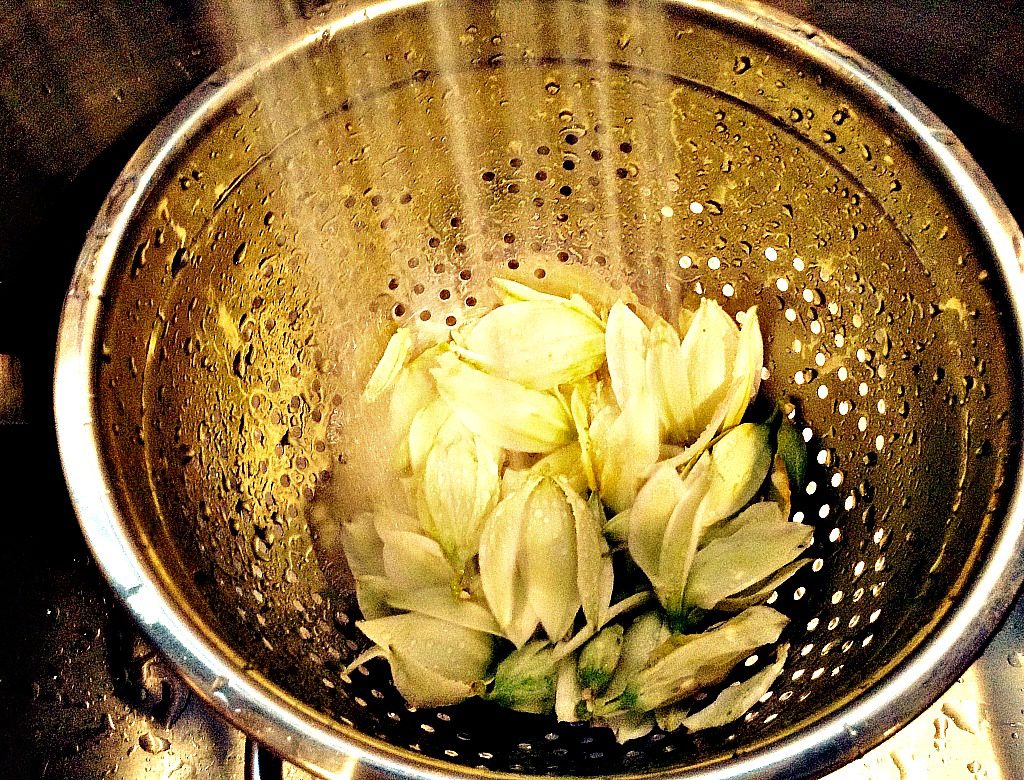 . . .  then toss them into hot oil and fry them in tempura batter.

And that’s just what I did! 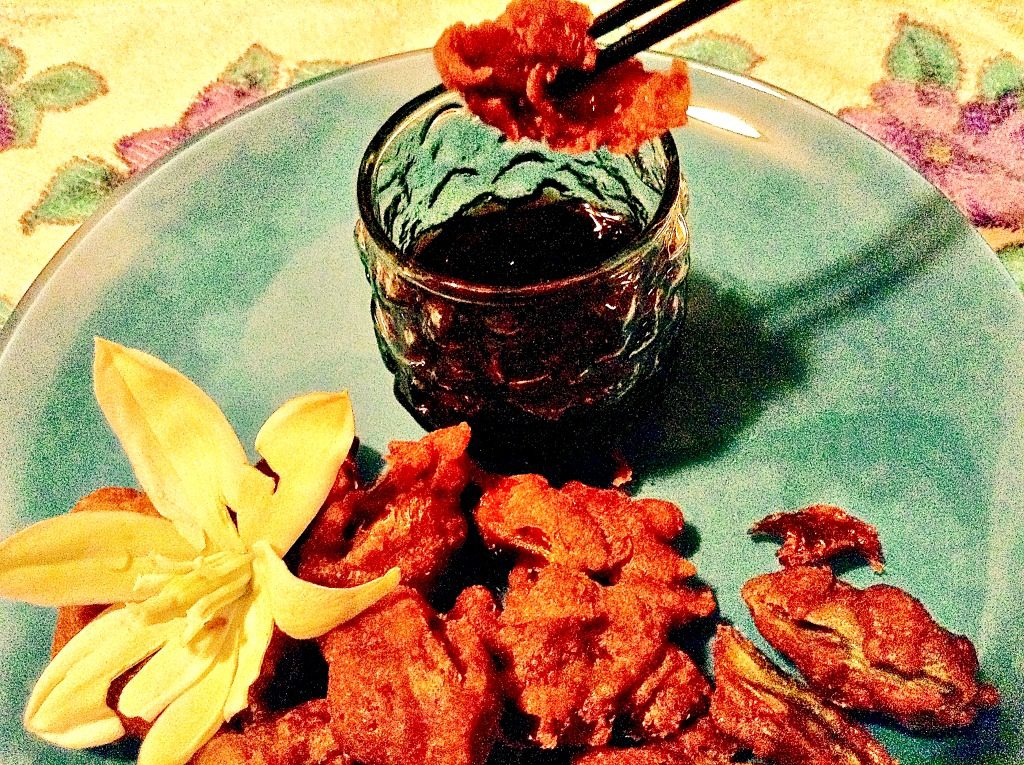 As for what kind of vegetable they taste like, I’m in the “green bean” camp.

I had hoped to like the taste of the stuff. Who wants to spend time harvesting and preparing food that, in the end, tastes lousy and leaves you still hungry?

Either way, I would have counted the new experience as a win. And one more item I can cross off my now-or-never list.

What unusual goal is it time for you to cross off of your list?