Paris Off the Beaten Path: 3 You Must See

Paris is always a good idea. ~ Audrey Hepburn as the title character in the movie, “Sabrina.” 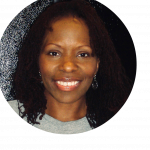 Yesterday, today, and tomorrow, Paris is one of the most beautiful cities on earth.

So even in places far from the bustle of the city’s “top attractions” you’ll find locations worthy of your time in the “City of Lights.” Here are three out of the way gems for you to consider:

3 Bright Spots in Paris Off the Beaten Path

This estate 8 miles west of Paris is the residence Joséphine Bonaparte chose for her soon-to-be imperial family. Château de Malmaison is also where, after divorcing Napoleon, she lived ~ quite well! ~ until her death. (Check out her cover-girl pose in the feature photo way up top above.)What a surprise this residence was!

I walked in expecting to be blown away with fine furnishings (and I was.) Yet, I came away most impressed with the charm, wit, and tenacity of the woman whose home this was.

This once impoverished widow and single mother of two escaped death by guillotine to become Empress of France and Queen of Italy.

That takes some sass!

Joséphine commissioned the greatest architects and interior designers of the age to renovate and decorate Malmaison.

However, the elegance and style of the château tells a larger story and belongs to her alone.

Seems Joséphine loved family and looked out for their future as much as for her own. Her children became Prince Eugène (of France) and Queen Hortense (of Holland).  These gave birth to future kings, queens, and emperors of Europe, including some who populate the royal houses of Europe today.

The portraits of the imperial family in the drawing-room, and other family-focused spaces, including the music room where mom and daughter played harp and piano and the billiards room where both Napoleon and Hortense liked to spend time.

Extra time? Tour the garden. The empress was a student of botany who enjoyed cultivating roses.

Here is a sweet change of pace for museum-goers.

Like the Frick in New York City, Musée Nissim de Camondo is more a private collection than a museum.

Moïses de Camondo, the banker who collected 18th century French fine and decorative art lived here. So far more than a cruise through room after room of beautiful things, this is a picture of HOW members of his wealthy early 20th-century family  ~ and their staff ~ lived. And who they were.

Maybe you’ll take notice of the tapestries or the dining room and all that exquisite china; or maybe the elevators and the plush, modern bathrooms.

The gimongous custom oven in the kitchen wing got my attention. Can you imagine the roasts, casseroles, and soups you could serve up on this thing?

The kitchen (no, really!) for its state of the art 20th-century range, butler’s pantry, and food storage rooms.  Had to be the busiest wing of the house.

The film memorial at the end of your visit; it’s where you learn about the tragedy intersecting the de Camondo family story with ours.

Extra time? Take a walk or sit on a bench and people-watch at nearby Parc Monceau.

Before Versailles, there was Fontainebleau.

The Château de Fontainebleau was home to seven centuries of French rulers.

Maybe you recognize the château from its fairytale-like horseshoe staircase. But did you know it is one of the few fully ~ and most beautifully ~ furnished royal palaces in France?

And that Napoleon’s throne room is the only such space in any royal residence in France still arranged as originally conceived? (Percier and Fontaine, the duo who renovated Malmaison for Joséphine, designed the throne.)

It’s not hard to imagine yourself every inch the monarch when strolling these rooms. The chapels, library, ballrooms, bedrooms, chapels, and galleries.

Turns out Francis I (1494 -1547) collected art like crazy. Artists, too ~ his patronage wooed Leonardo da Vinci away from Italy to life in France in 1516.

The gold and mother-of-pearl boudoir of Marie Antoinette, the last queen of France.

And a bittersweet reminder that, for a while, at least ~ it was good to be the queen.

What lesser-known sights or locations have you enjoyed the most? Have you been to any of those mentioned here? If so, leave a comment below!