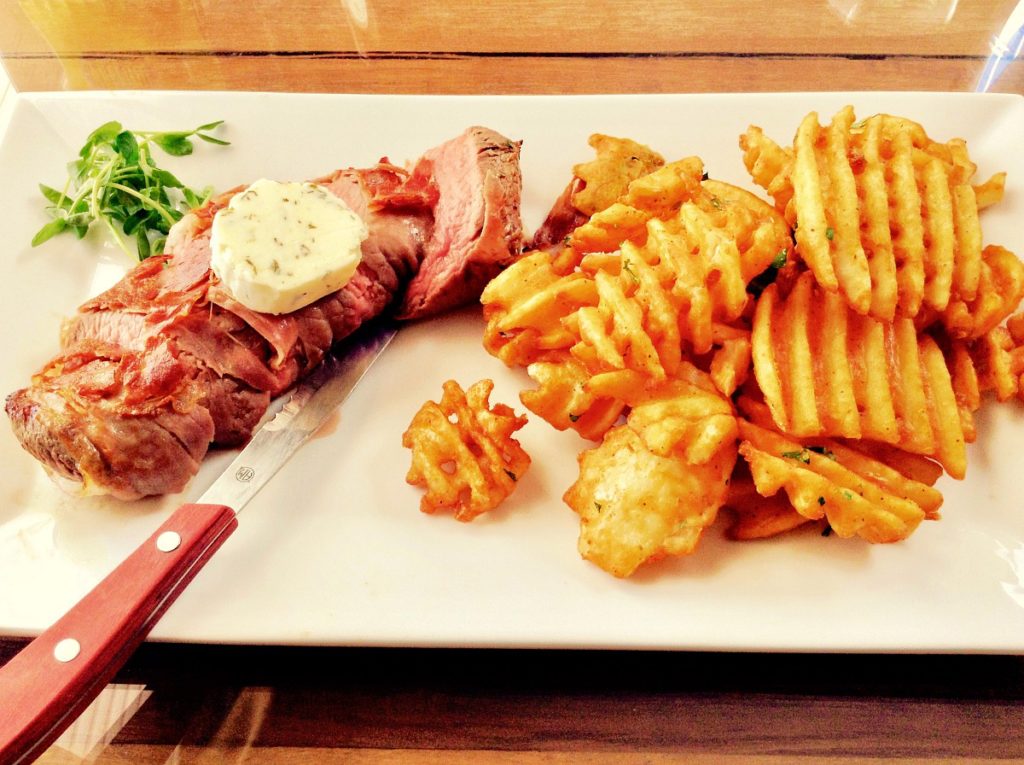 Why go out to eat at the same old same old?

Hats off to the Grill 49 for trying new things in a geographical area where traditional has been the rule. And for doing so at a small city location. Tularosa’s population is but 3000 souls; Alamogordo, the nearest “large” city has only 30, 000.

It helps that the cuisine is attractive enough to woo diners from as far east as Ruidoso and west as . . . well, Las Cruces. That’s how this mini-review came about . . .

Grill 49’s specialty, you may have guessed, is grilled foods ~ meats and veggies, for the most part.

That’s why I ordered the Beef Bistro Tender, wrapped in slivers of prosciutto. I wanted it medium rare and that’s what I got, flavorful and tender just like the name promises. 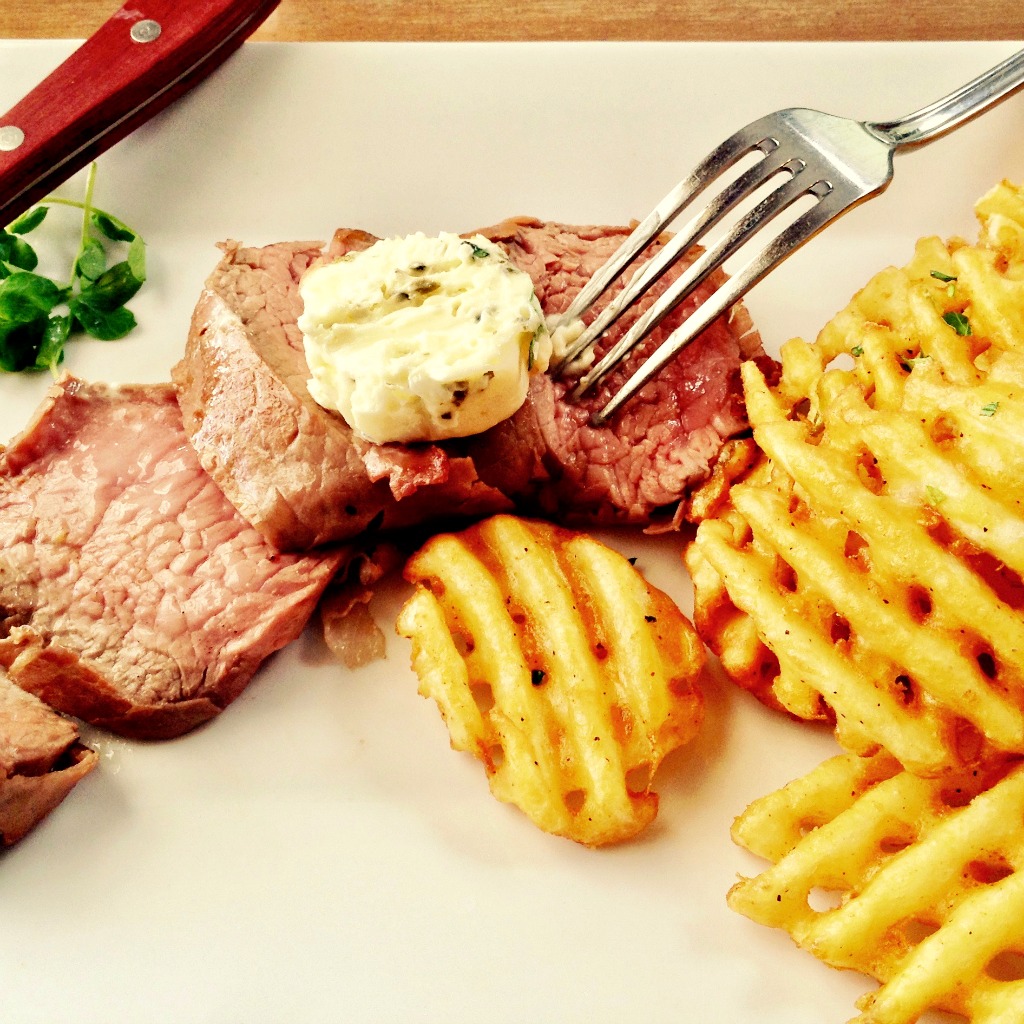 Did I detect a hint of dill in that lemon herb butter?  (‘Twas oh so good.) Each of the medallion-like waffle fries that came with my Beef Bistro Tender was tasty as well.

There is a bar area with table seating and more than one patio as well. Indoors, you’ll find yourself in one of two airy rooms, painted in pale pastels. 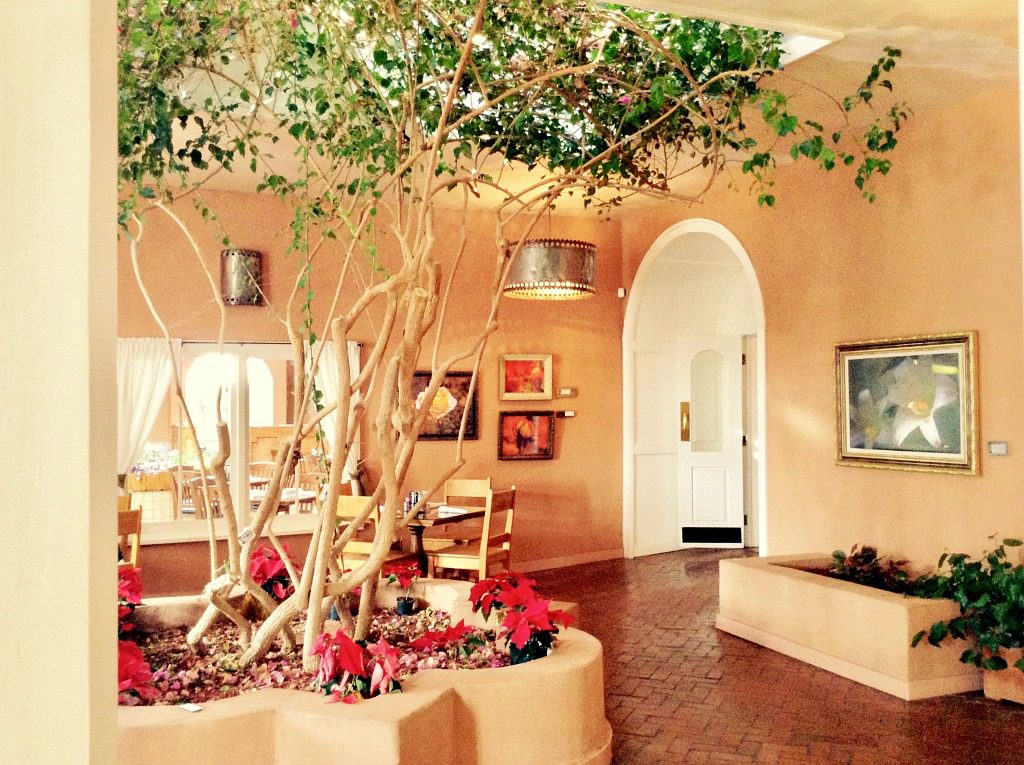 We dined in the front dining room, where colorful scenes of Old Mesilla, la Luz, Bonita, and other New Mexico localities decorate the walls. All are for sale courtesy of artist Joe Burton who specializes in Southern New Mexico landscapes. 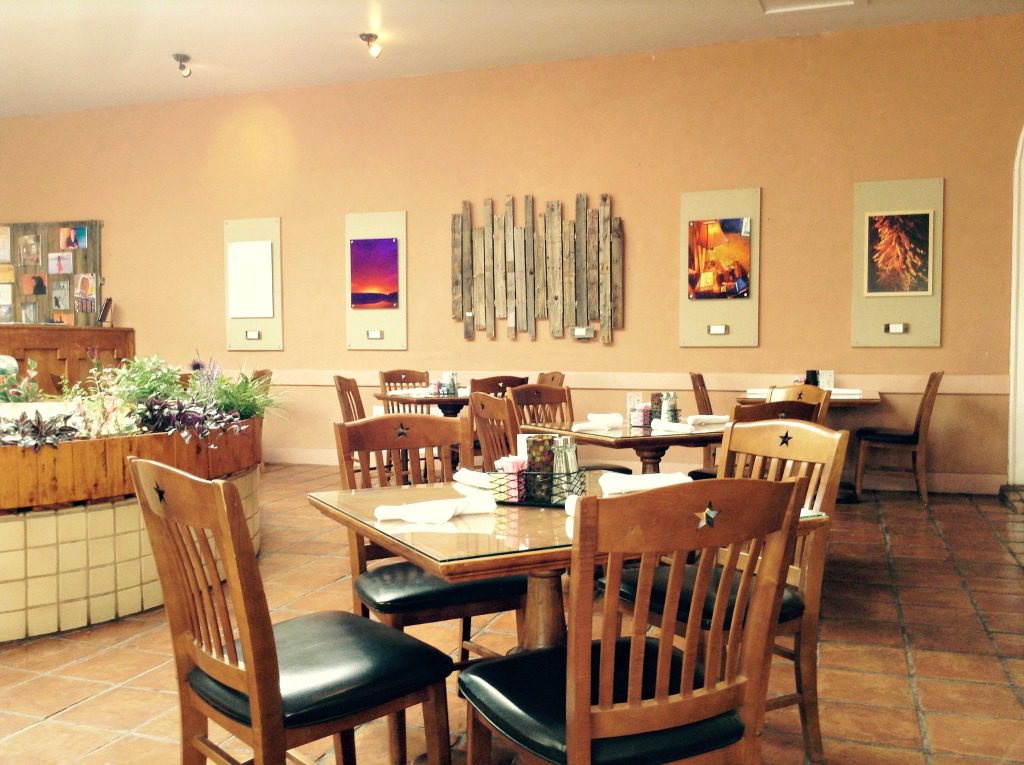 Although we found ourselves dining alone in this a large space since the lunch crowd had long gone, these dabs of local art helped to “cozy” the place up.

These familiar scenes help to remind us that we’re still in Southern New Mexico.

Now, of course, you can add green chile to your Grill 49 Burger.

But for the rest, Grill 49 serves a mix of dishes you’ll likely find imaginative and not something you see every day in Otero County.

You know a restaurant is a winner when you go back and you take a friend with you. When you daydream about what you ate, what you’ll eat the next time you go, and want to share that experience with as many others as possible.

Salud! de Mesilla, a restaurant that is fast becoming the local favorite for many in Las Cruces, is that kind of place.

What you get here, in a fun but an intimate atmosphere is what many call New American cuisine. What you and I call delicious food culled from such a wide variety of influences no one can put it in a box.

For instance, when hubby L and I visited Salud! de Mesilla for the first time on my birthday, I ordered the Salud! Beignets made with duck confit and corn.

Now there’s a combination for you.

Our latest trip to Salud! de Mesilla made a new fan of our friend, Robbie, who came with us. (She ordered the Mac & Cheese but ate it all up before I thought to take a picture of it for you.) 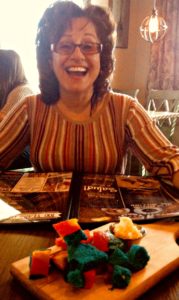 It also introduced me to a terrific Chicken and Waffles, the likes of which I had given up hope of ever experiencing, since committing to avoid gluten as much as possible.

Now, thanks to the availability of SO many menu options prepared with non-wheat flours, Salud! de Mesilla makes indulging this way easy.

For one thing, there’s the maple syrup.

If you like rich foods, you may agree with me that there’s not much that tastes good that doesn’t taste BETTER when you bathe it in maple syrup.

And yes, that’s bacon you see there on top, making the deliciousness even more delicious. In short, there’s a lot about this dish to luv.

The Chicken & Waffles, like Salud! de Mesilla’s other “gluten-free” menu offerings, aim to please whether you’re gluten sensitive or not.

Good food that tastes great in a warm atmosphere.

Ok, you’re right. NYP Slice House as a restaurant concept isn’t new to Las Cruces. Its pizza has been drawing fans for years to locations in central Las Cruces and near NMSU.

But the third and latest location on the East Mesa is new.

And the interior feels more elegant than the others, with upholstered booths reminiscent of an upscale pub. 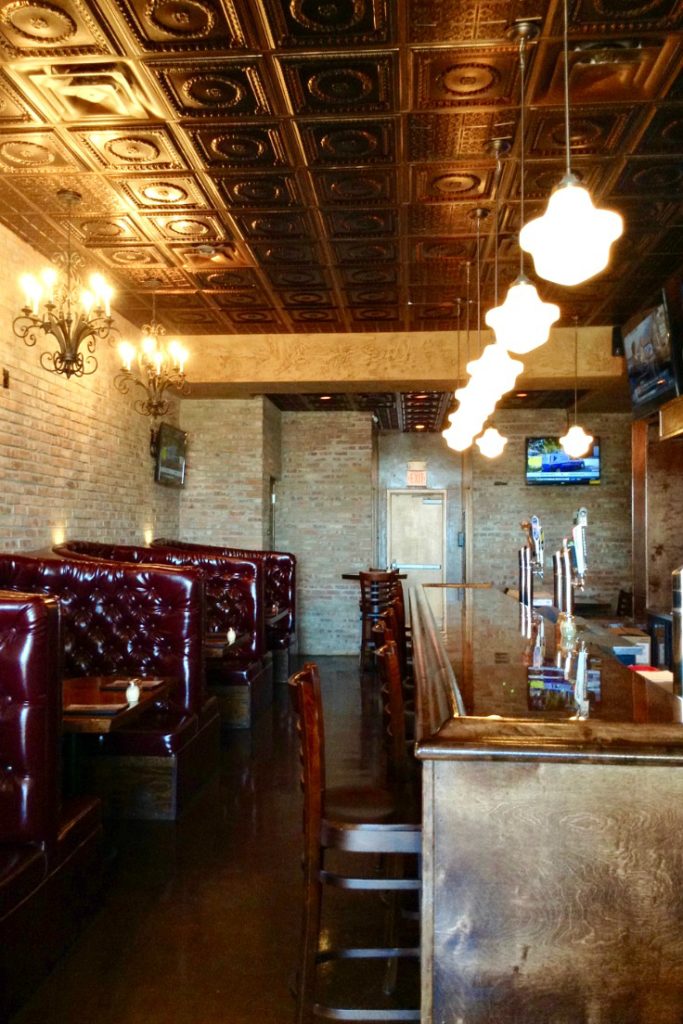 However, the new location serves the same fabulous and crusty pizza.

And just as exciting for dessert lovers, the same yummy cannoli sold at the main store. 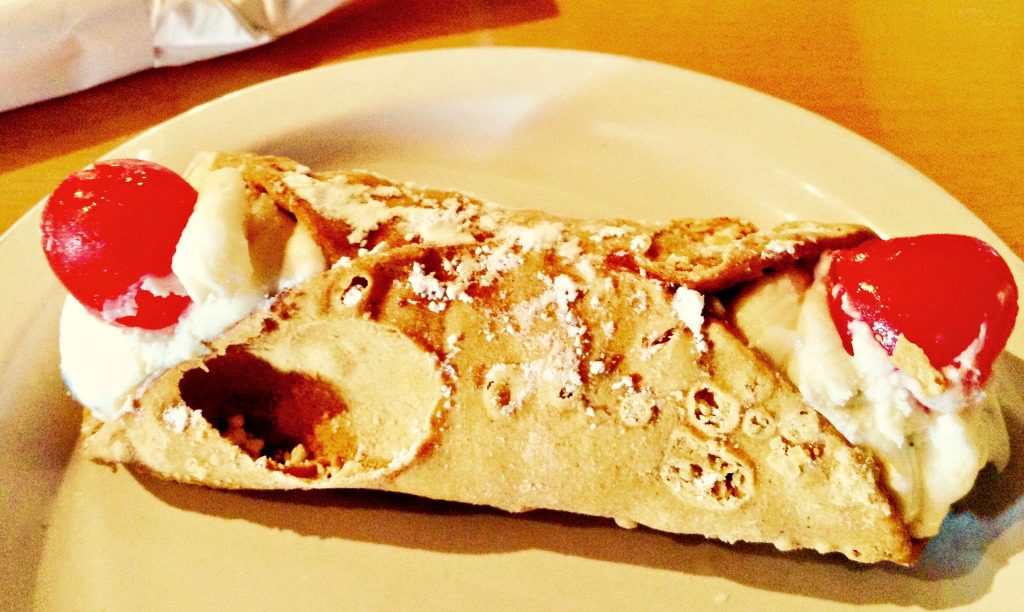 Well, now you do.

There are few things I fall off the gluten-free wagon for ~ and a freshly-made NYP Slice House cannoli is one of them.

Because in the realm of food, few things are worse than a soggy cannoli, am I right?

I hope you’ll find this sampling of the new Southern New Mexico restaurants as satisfying as I have.

Did you find any of YOUR new favorite restaurants here? If so, which one (s)?