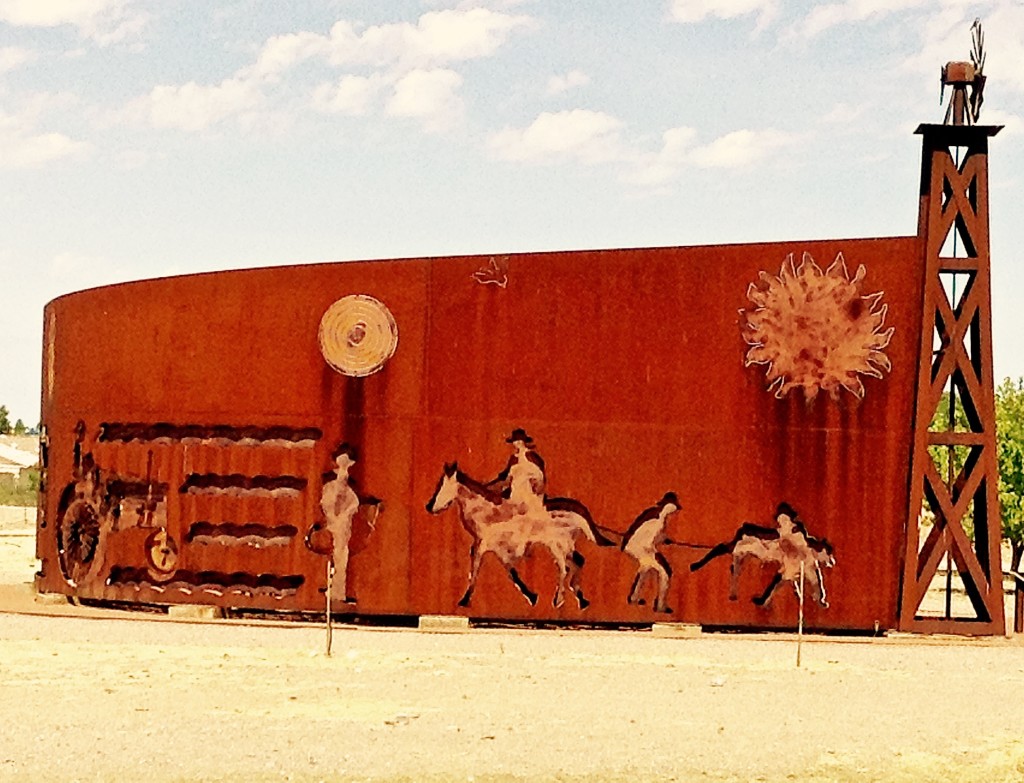 City people make most of the fuss about the charms of country life. ~ Mason Cooley

We finally did it.

City slicker hubby and I threw ourselves into a half-day of activity at the New Mexico Farm and Ranch Heritage Museum here in Las Cruces.

And it wasn’t boring.

Could it be because we were never really “city slickers” to begin with? We did, after all, move west of our own free will.

Or is it because we found so many different breeds of livestock to observe and bits of trivia about southwest history to explore? Not to mention row upon row of shelves featuring wines, nuts, and other New Mexico foods from a local brand, Heart of the Desert?

Everything you ever wanted to know about New Mexico’s chief crops and ranching ~ in short: the HEART of the state’s agricultural industry ~ is here.

And everywhere are lots of cattle to see (and be seen by). ~ 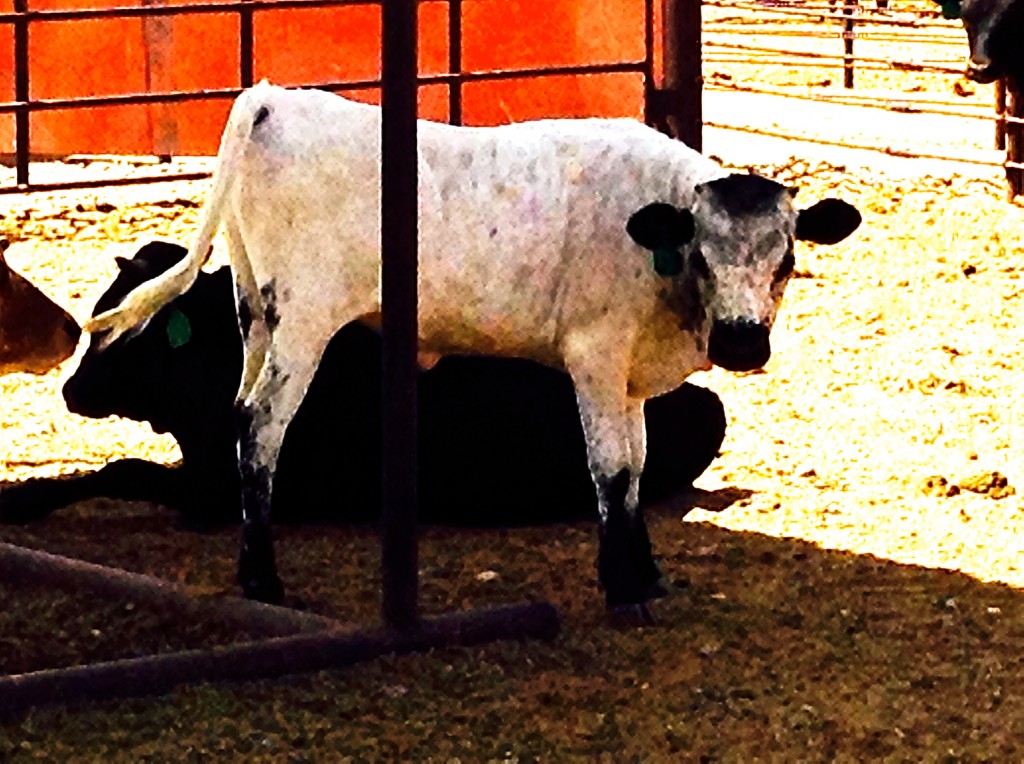 And this leering Texas longhorn, a breed of cattle well-suited for life here in the Chihuahuan desert where vegetation is sparse. 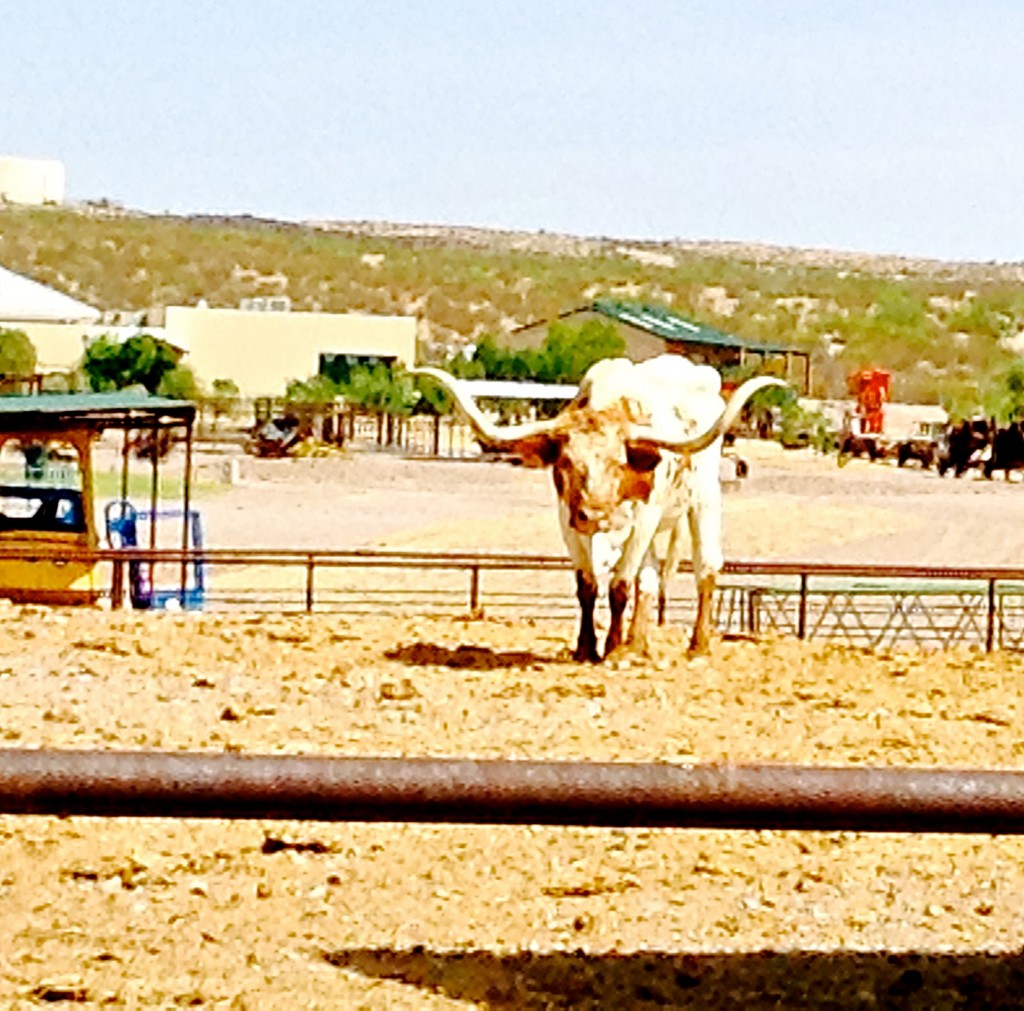 Take a good look into New Mexico’s cultural past AND lifestyles in the Wild West.

Odd souvenirs of everyday living in the old West are all around.

I imagine if Spanx made long-length boxers for men way back when. . . they would look a lot like these: 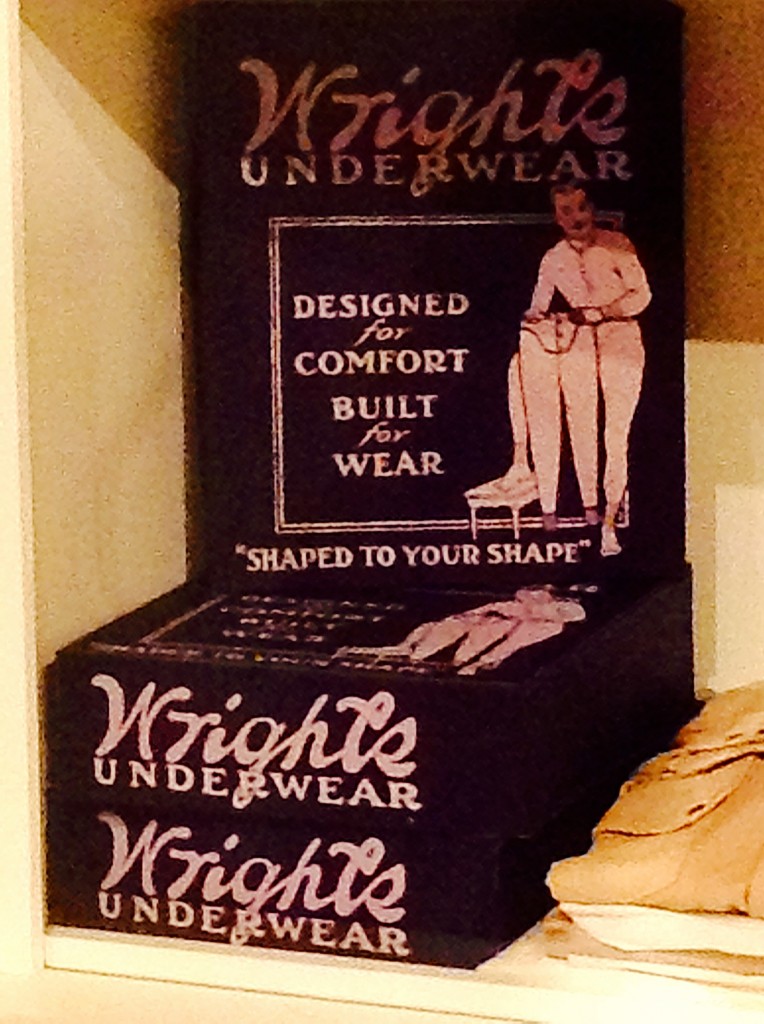 So what if it took hours to wring out the family laundry with this mangle machine? It’s a top-of-the-line Miele . . . maybe the only one in the valley. 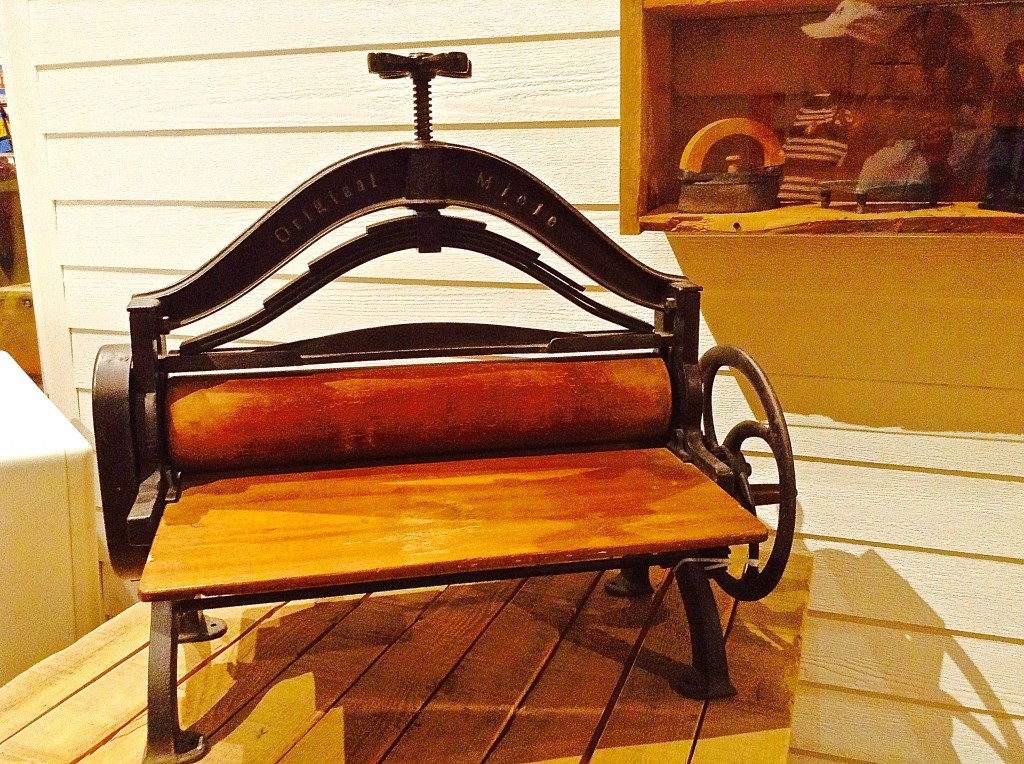 Here I am, that speck of blue, learning windmills like this one are for pumping water rather than generating electricity and how to distinguish between the two. 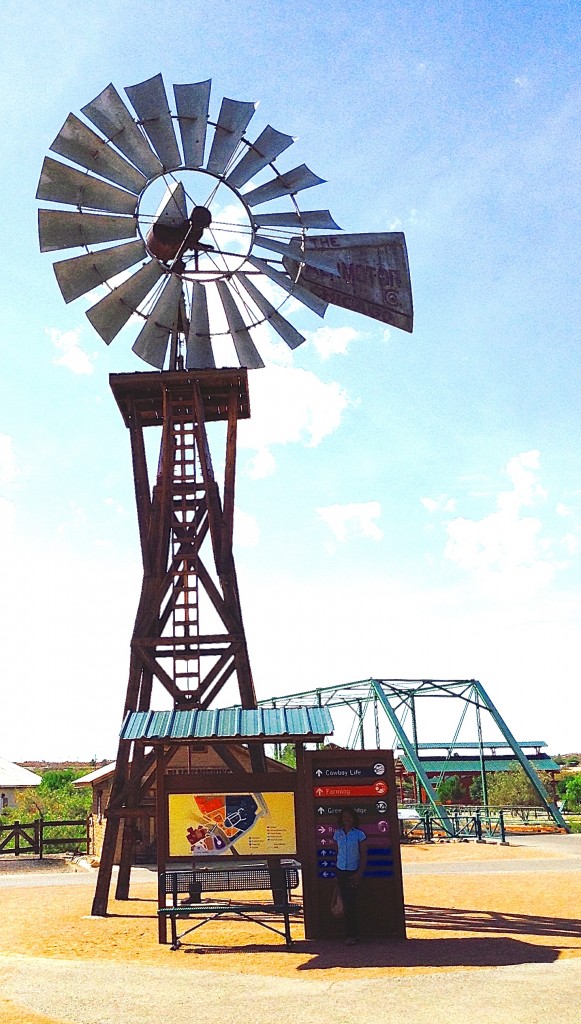 At Cowboys: The Real Deal, for example, we learned the variety of equipment used on the ranch and the open range is as amazing as cowboys are tough. 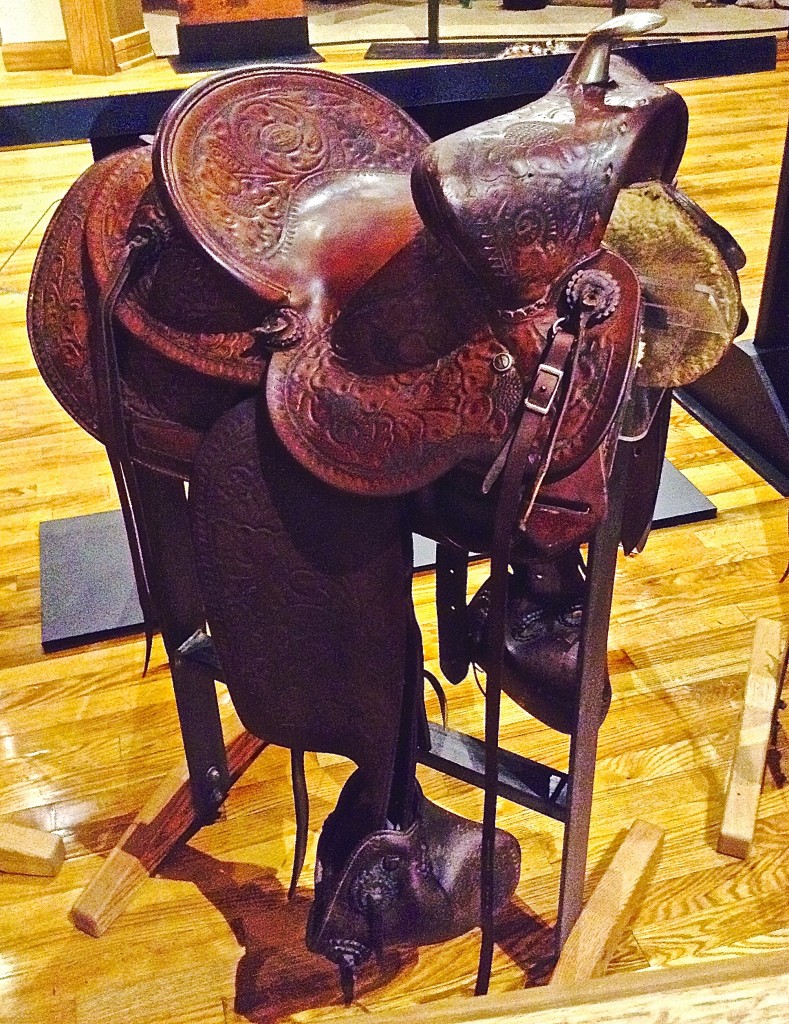 My favorite was a black and white of a lone cowboy rolling a bedtime cigarette by campfire light. It’s guaranteed to please if ever you’ve considered yourself a Western movie fan or had a crush on the Marlboro Man; I know I’m not the only one.

I liked Smith’s Hair Cut at the Bar W Ranch, too. 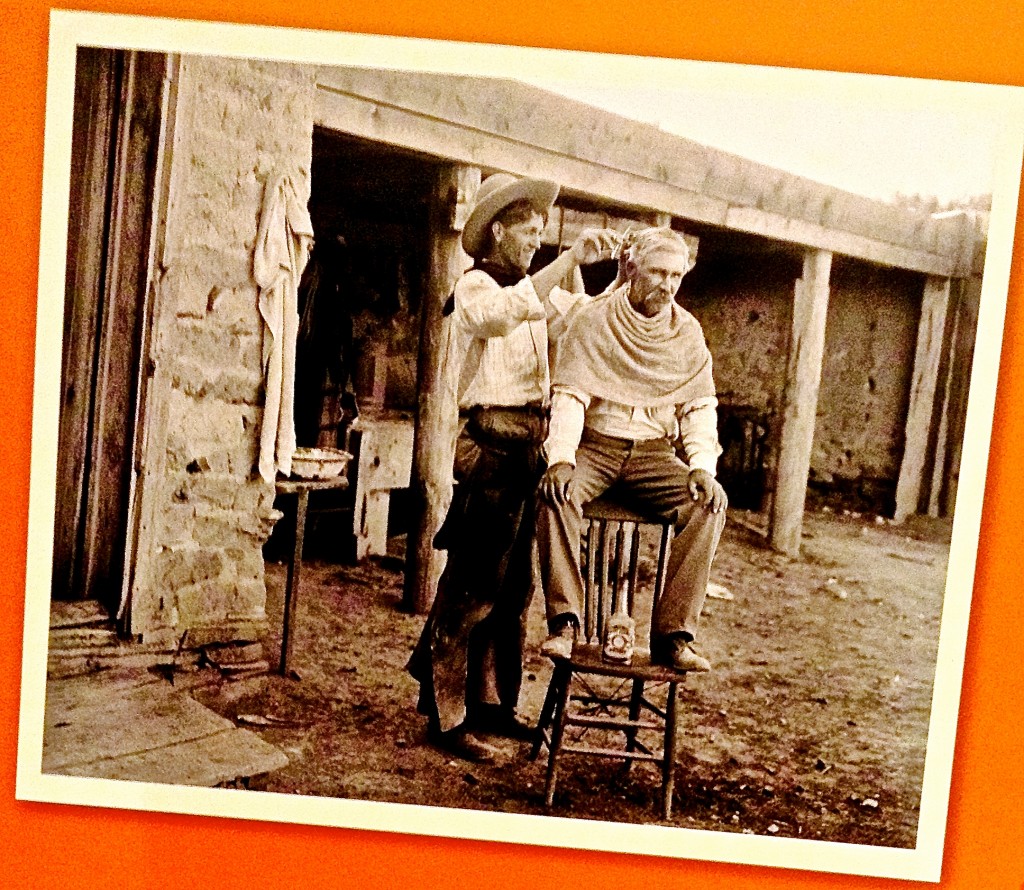 The image reminds me of the work I do on my husband’s hair every two weeks or so. But since L. gets to sit in a chair rather than on it, he’s a lot more relaxed getting his hair cut than the guy in the photo seems to be.

A live milking of a dairy cow takes place every morning at 10.

948 was the name of the Holstein who did the honors the day L. and I sat in. Jesse, the presenter, described her as a “slow milker” since it takes a while for her to fill the 8-gallon glass container with milk. 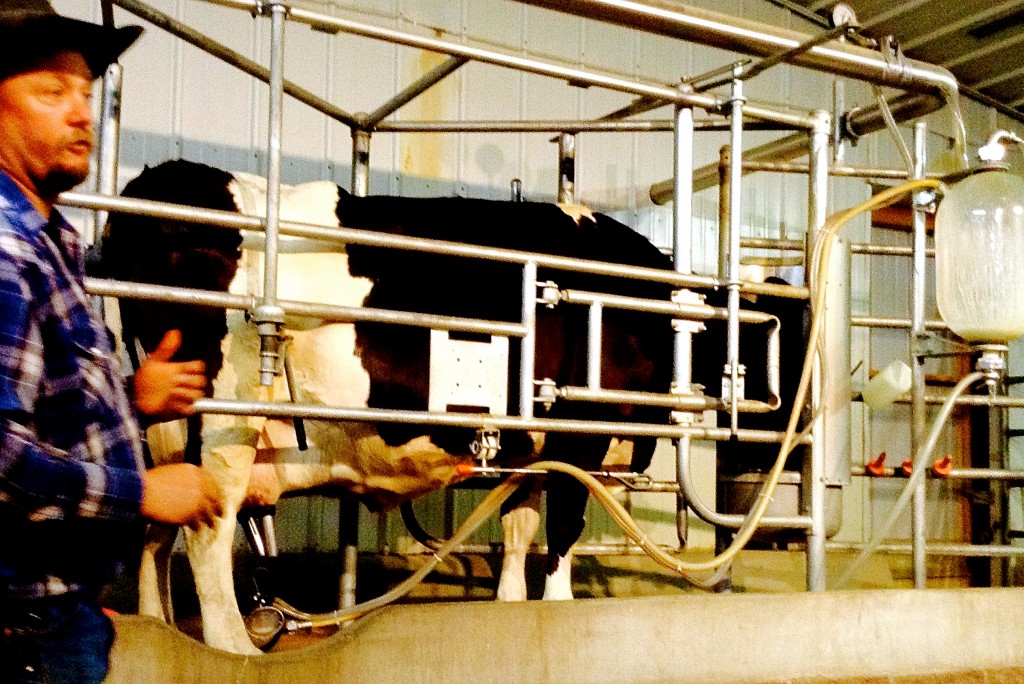 But I’m thinking any creature capable of producing 16 gallons of milk  ~ or 128 pounds!!! ~ over the course of two milking sessions every day ~ is doing pretty good.

I silently cheered 948 on and snapped pictures while she showed us her skills and nibbled grain. Then she raised her head, looked around ~ and saw me. 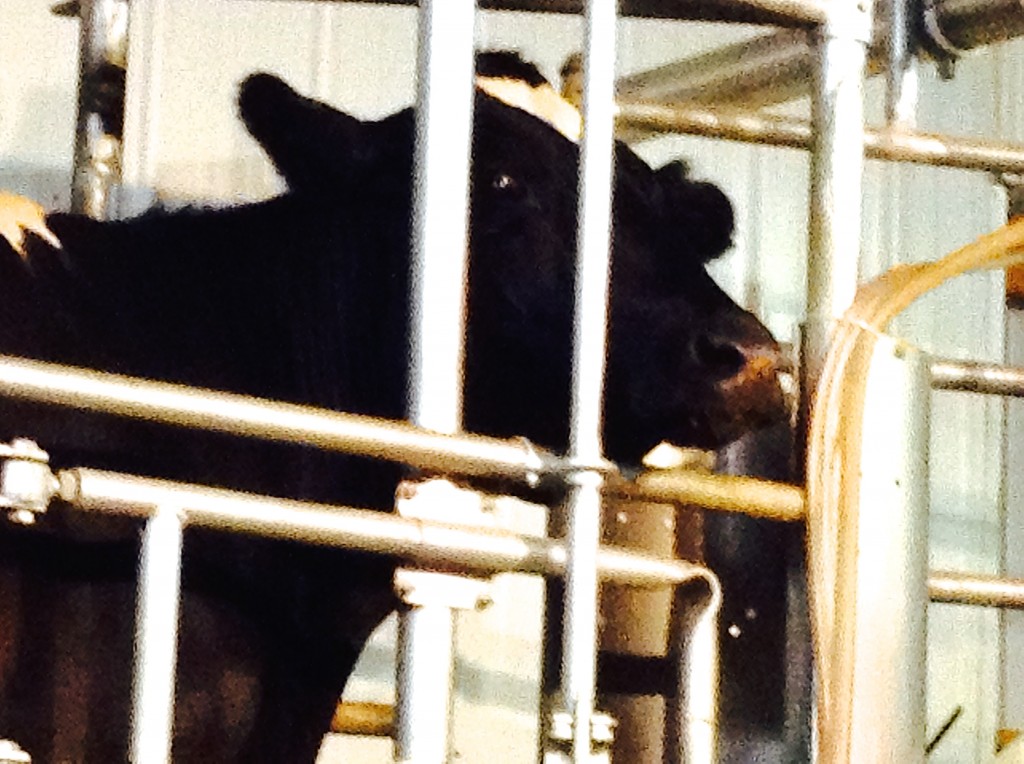 Didn’t seem to affect her concentration or flow of milk, though. And she stuck her nose right back into the cereal bowl.

Would you describe your experiences on a ranch, a farm, or at a rodeo as too tame or anything but? 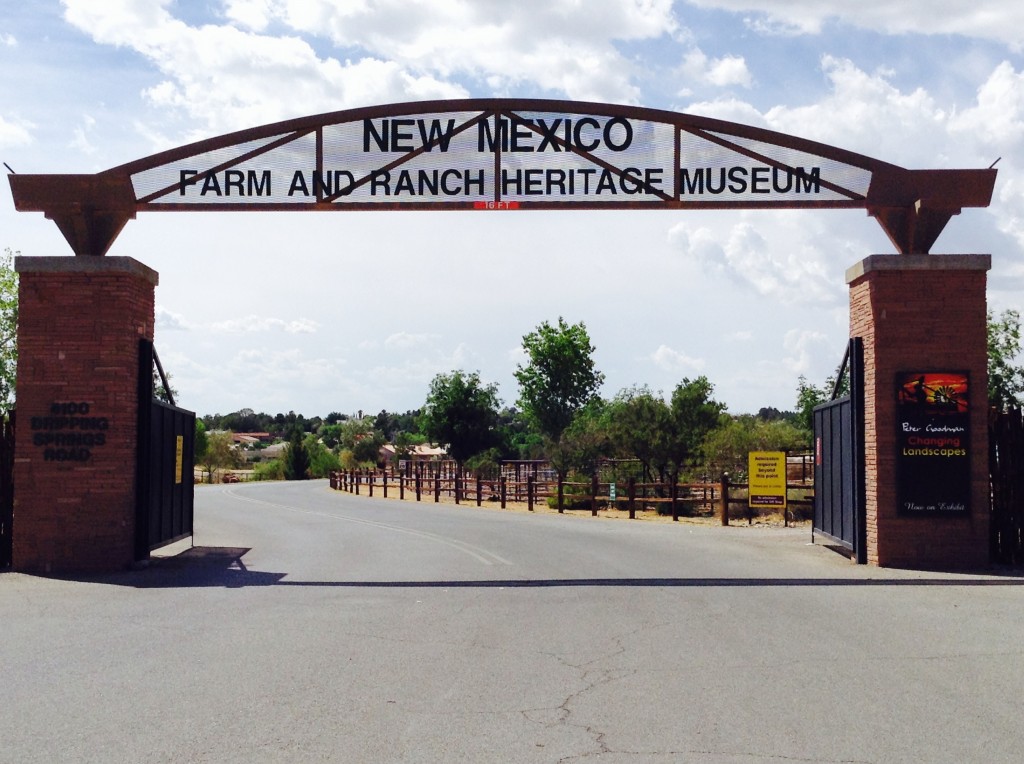