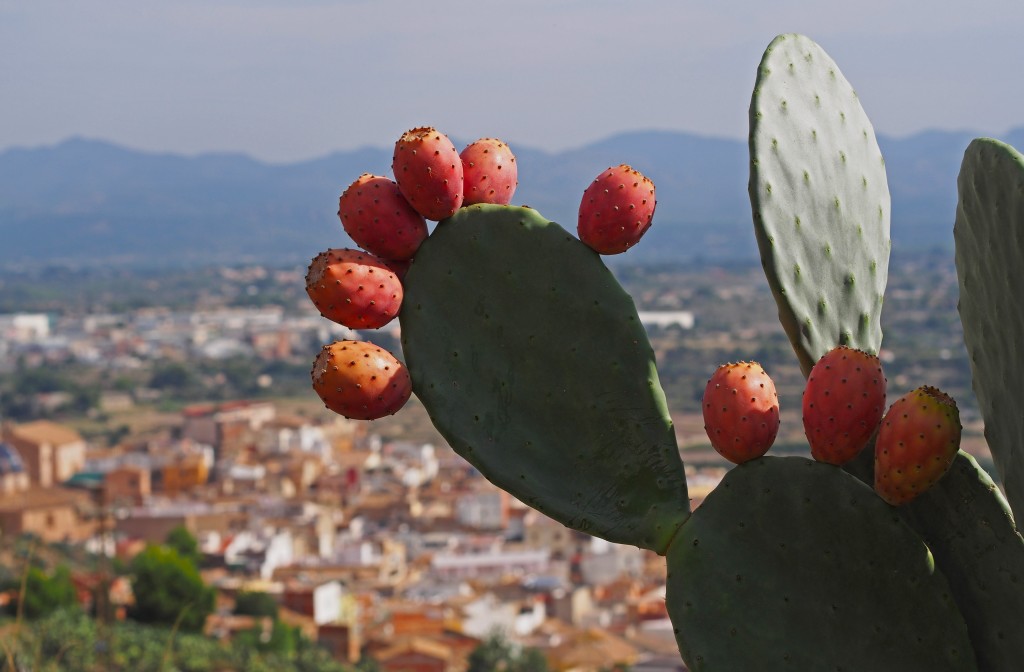 Food foraging brings a new dimension to the concept of “dining out.” ~ Me

Wild foods ~ edibles that thrive without our cultivating them ~ are a terrific menu option. This holds true whether you go a-foraging yourself or simply drive to your local natural food market.

New Mexico roadsides and trails offer many opportunities to sample them. Here are just a few examples: 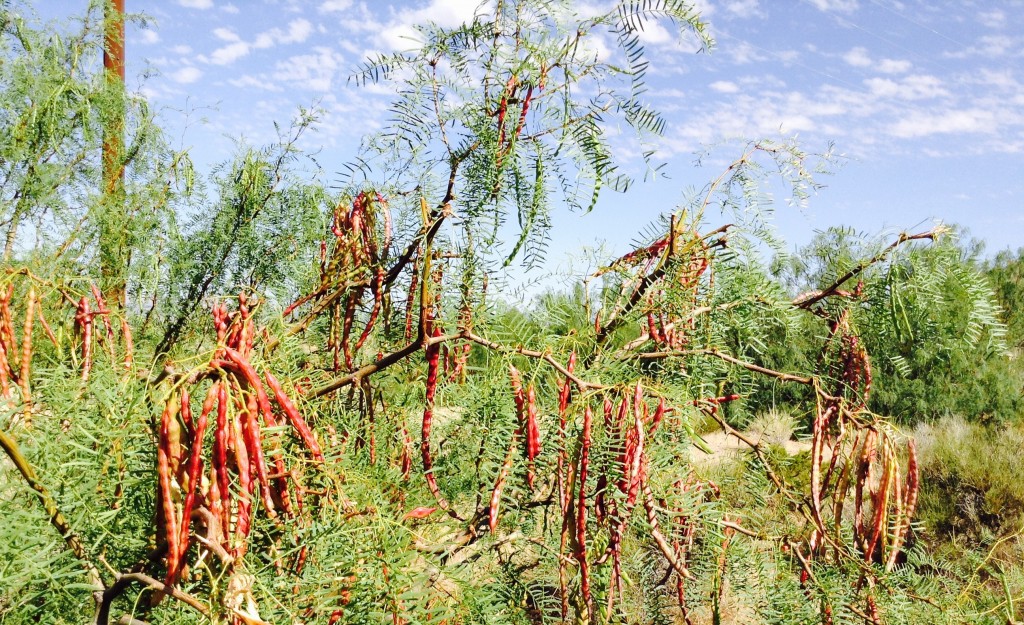 Know how they say you can never run away from yourself because everywhere you go, there you are?

It’s much the same way with mesquite in New Mexico: these hardy trees native to the Southwest grow all over New Mexico and like the character actor Steven Seagal plays in the movie of the same name, they’re “hard to kill.”

The World Conservation Union lists mesquite as one of the World’s Worst Invasive Alien Species!

Still, I’m sure they meant “worst” in the nicest possible way and “invasive” is just a scientific way of saying “low maintenance.”

The “low-maintenance” mesquite is nutritious as well as delicious.

The pods are high in protein, fiber, iron, and bone thickening potassium. And their uses in your kitchen are legion. You already know how burning its wood smokes and sweetens your barbecue.

But did you know you can roast the pods to make a sweet cup of mesquite “coffee?”

And that you can grind them into a flour to make cookies, pie crusts, brownies, and other sweet treats both delish AND gluten-free?

Mesquite is a sweet superfood.

The reddish-brown color of the mature pods is what gives the honey mesquite its name. Yet just as you expect honey to be sweet, you can expect to find sweet and tasty pods.

Like orange or apple trees, some mesquites bear sweeter fruit than others. So if a pod from one tree tastes bitter, don’t be discouraged  ~ move on to another.

(You’ll find a link to more details on how to safely forage for mesquite pods and other wild foods below.)

Your cleanest and driest pods are at the top of the tree. In fact, in areas rich with wildlife, the top may be the only part of the mesquite with any pods left for you to pick. Mice, quail, cottontail rabbits, and coyotes . . . all of these hungry creatures recognize good eats when they see it.

Now you will, too. 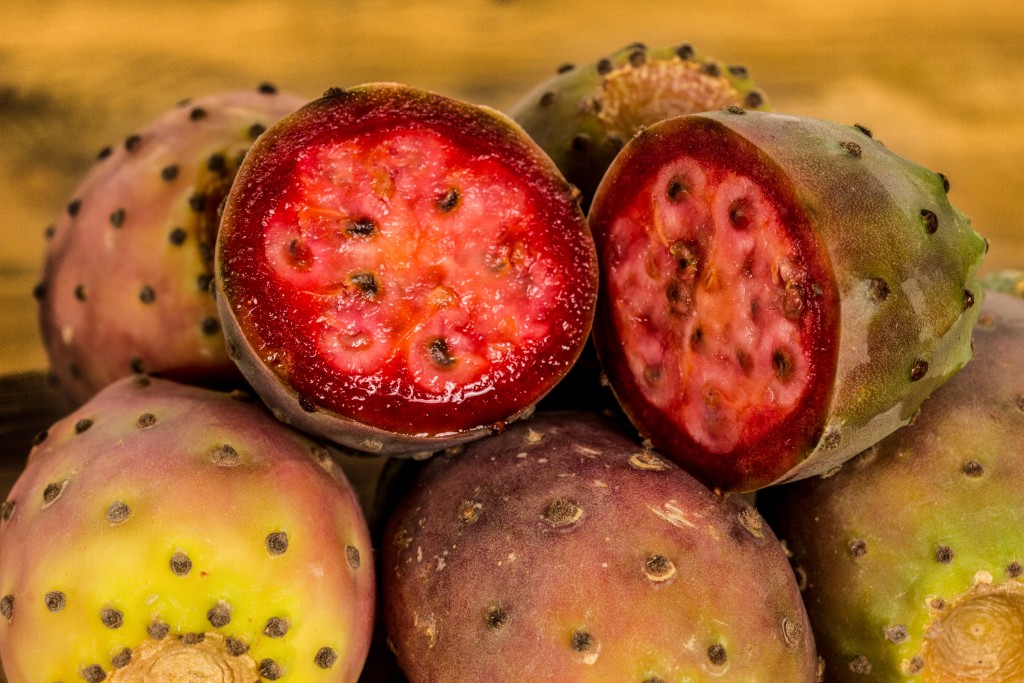 Of all the varieties of prickly pear cactus grown around the world, many consider those in the southwest the tastiest.

You’ll recognize this cactus right off by its flat pads and pear-shaped fruit (hence the name).

Yummy bottom line: both the pads and fruit are edible.

Do you like watermelon? Some say the fruit of the prickly pear cactus tastes just like it. I say its citrusy taste is unique. But try it for yourself and see what you think. For sure, the flesh is sweet, refreshing and crunches some when you bite into it.

It’s loaded with vitamin C, delicious for making jellies and preserves, syrup, and any recipe specifying a fruit purée.

In New Mexico, the cactus pads go by their Spanish name, nopales. And you see the pulp of these nopales diced up and served as nopalitos (little nopales) in casseroles, tortillas, salsas, soups and various side dishes.

So considering its great taste and wide availability, the nopal is a handy plant to know. 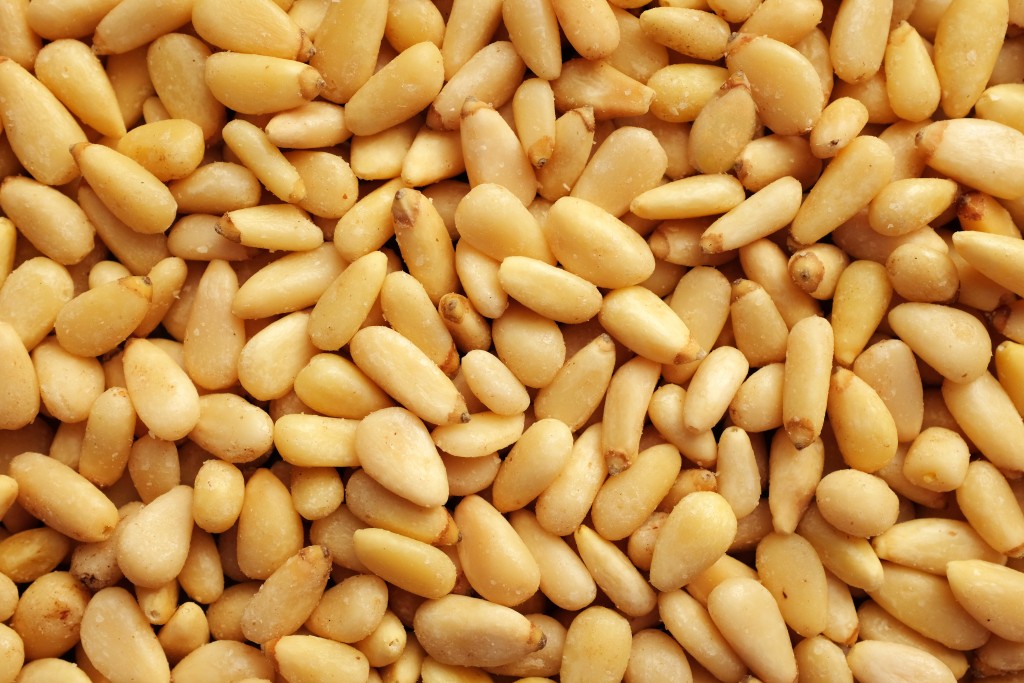 What New Mexicans call piñones are not actually nuts but seeds of a pine tree native to the Southwest ~ the piñon pine that is New Mexico’s state tree.

High in minerals, fiber, and good fats, a fistful of the light-colored seeds makes a simple yet solid snack.

Piñones also add flavor and texture to elegant New Mexican restaurant dishes. (I’ve recommended some of my favorites for you at the end of this article.)

Roasted, they can also help make a tasty cup of coffee.

So there you have it . . . next time you’re traveling through New Mexico, gazing at the incredible sunsets and mountains, don’t forget to drop your gaze every once in a while and look around. And keep a pair of heavy work gloves close-by . . . just on the other side of that bush could be lunch.