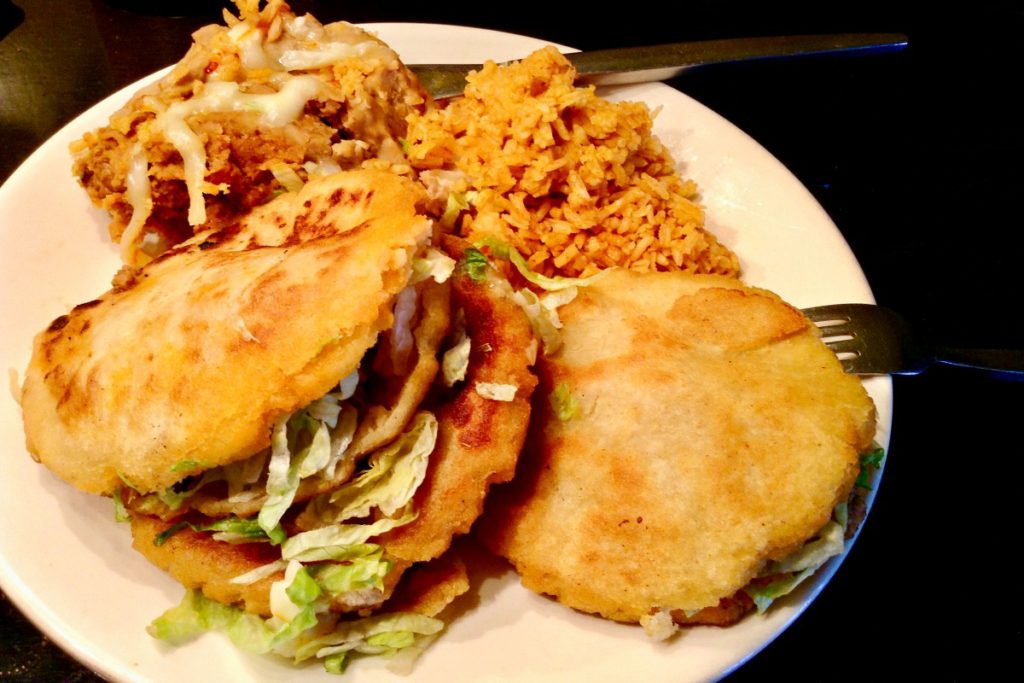 Have you ever gone to a restaurant for the first time expecting “Dish A” to be off the charts because your friends had told you so or the reviews mentioned it so often . . . . but ended up singing the praises of “DISH B”?

That’s how it was with me at two El Paso eateries featuring Mexican food.

Where will you stop on your next drive between Southern New Mexico and West Texas?

Will it be the elegant neighborhood restaurant with the classic favorites or the much smaller joint where you can get a burrito bigger than your head?

Walk into Rafa’s between 11 and 1 weekdays and prepare to stand in line. You’ll see the lunchtime crowd will have filled every seat in the place and a long line of people are placing orders to go.

So popular is this Westside eatery for its gigantic burritos, the carry out trade is as vigorous as the diners who choose to eat in. Because the cramped atmosphere doesn’t shout “stay a while,” I recommend the latter.

But relax, the line moves quickly.

You can get just about any kind of burrito you can imagine at Rafa’s, as the menu attests. 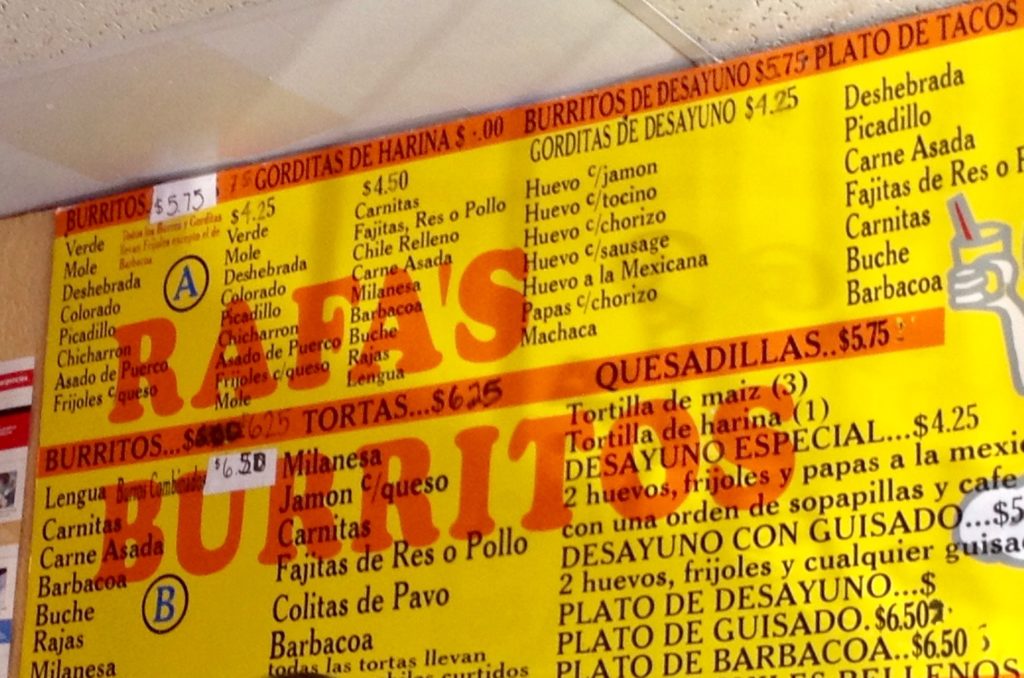 On a recent visit, L got a carne asado burrito. Could not even fit the thing on a 12’’ wide plate once we brought it home. But it’s not as if you’re likely to attempt eating more than a portion at one sitting. One-half will likely do you or even one-quarter. 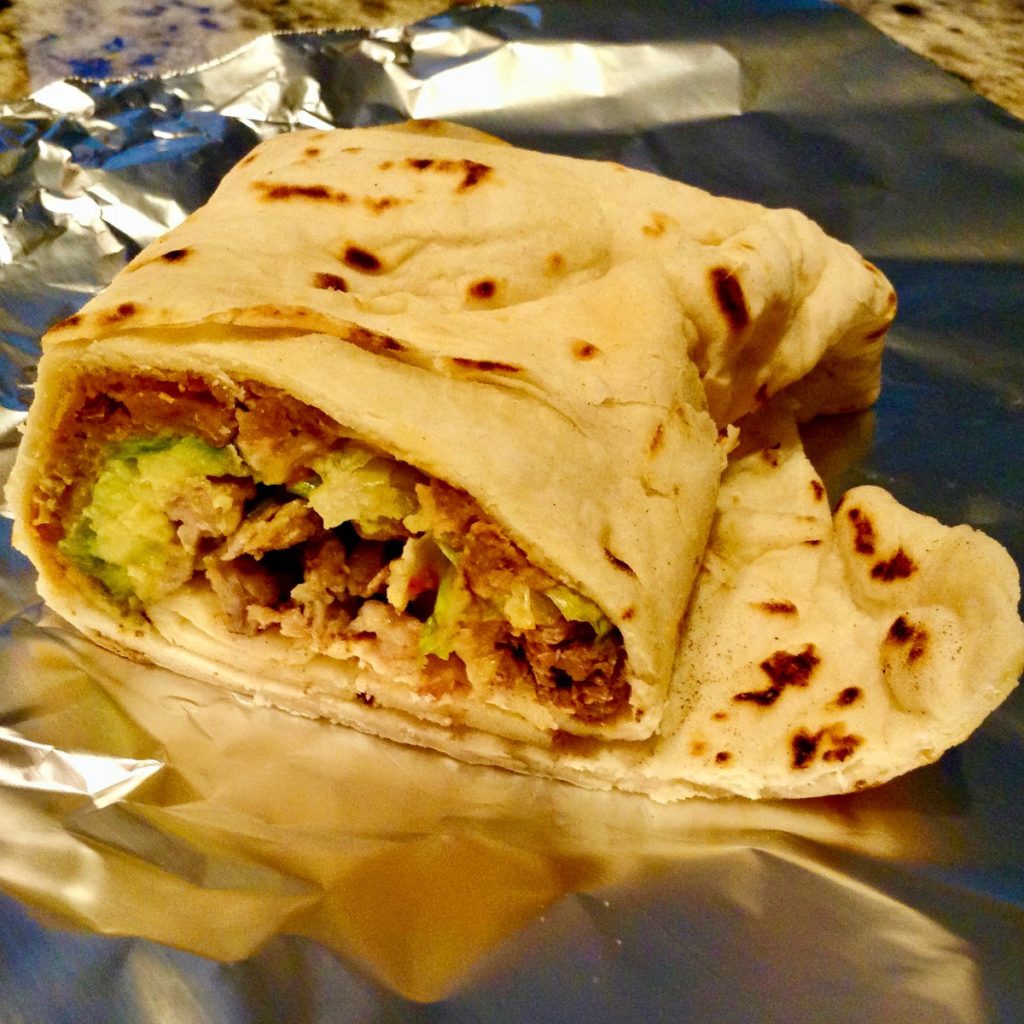 How did the burrito taste?

Okay, says L, but the taste was no way as BIG as its size. And having taken a bite myself, I tend to agree.

Good thing I opted for the daily special which, this Wednesday, was the gordita plate.

Besides tasty rice and three chubby smiling gorditas full of ground beef, papas, and lettuce, there was a serving of the best frijoles I’ve tasted in a long time. Chunky, not mushy ~ did they take the time to mash these by hand rather than in a blender? ~ and spiked with cheese.

The cook wasn’t shy about using the garlic and onion either. 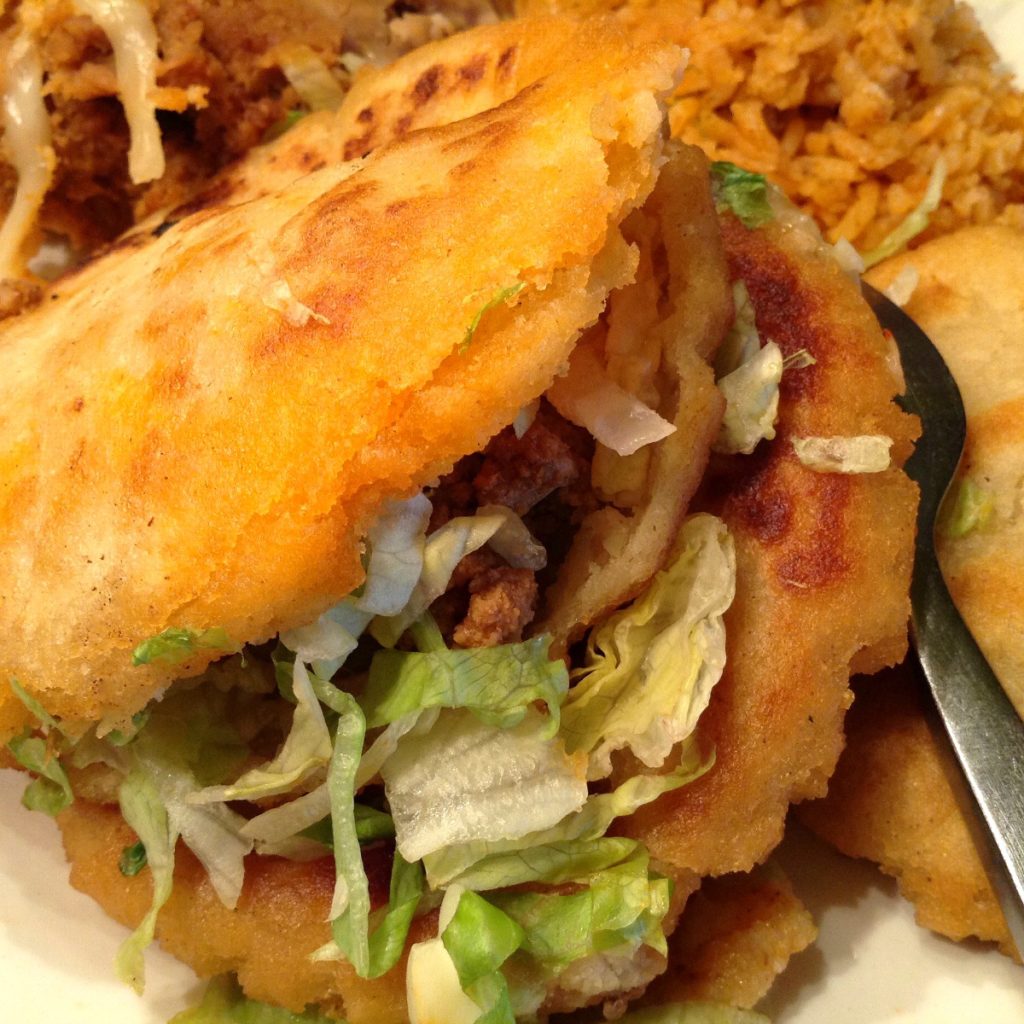 The caldo de res we carried home in a humble plastic container tastes pretty good, too. 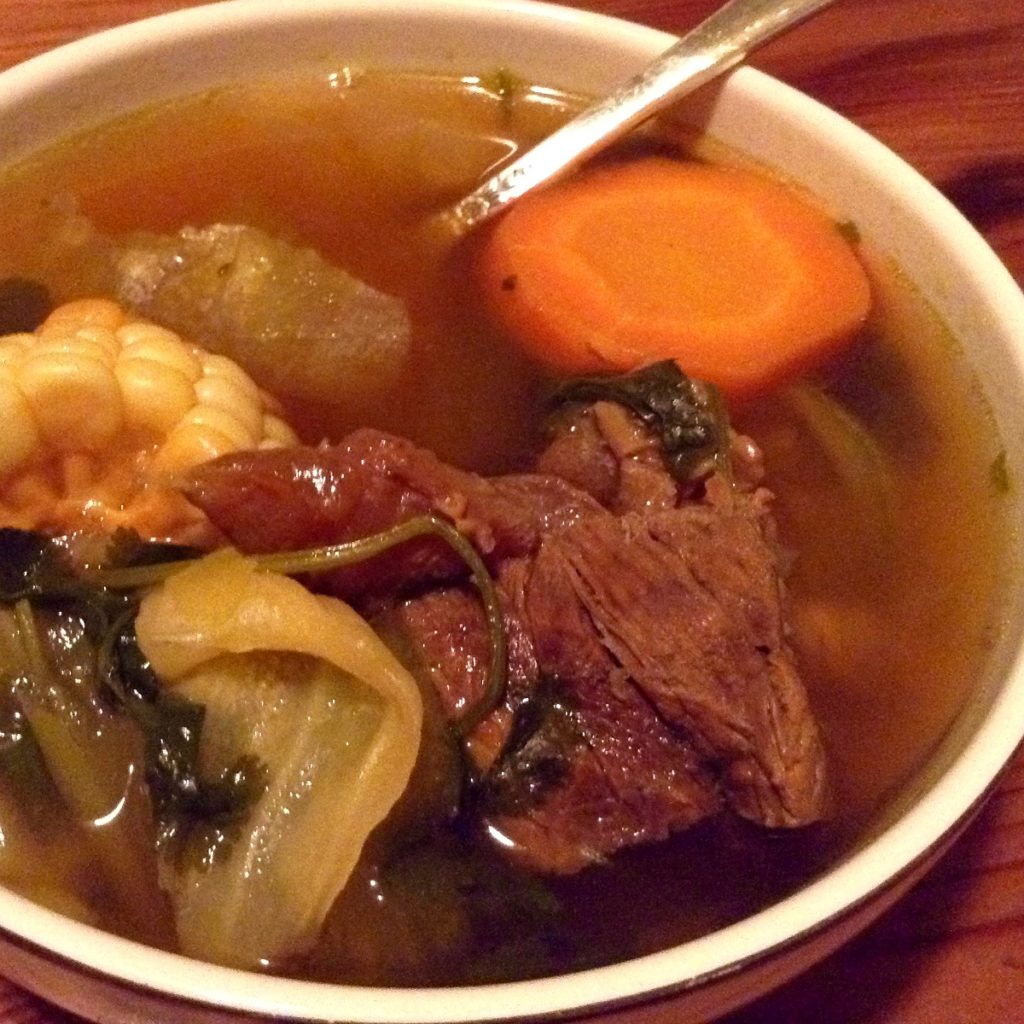 One super-sized burrito and one gordita plate with a cup of caldo de res came to just under $15, tax included. (And remember, that feeds two people at least two meals each!)

Maybe Rafa’s is committed to no one walking away feeling unsatisfied. If so, it worked in our case. 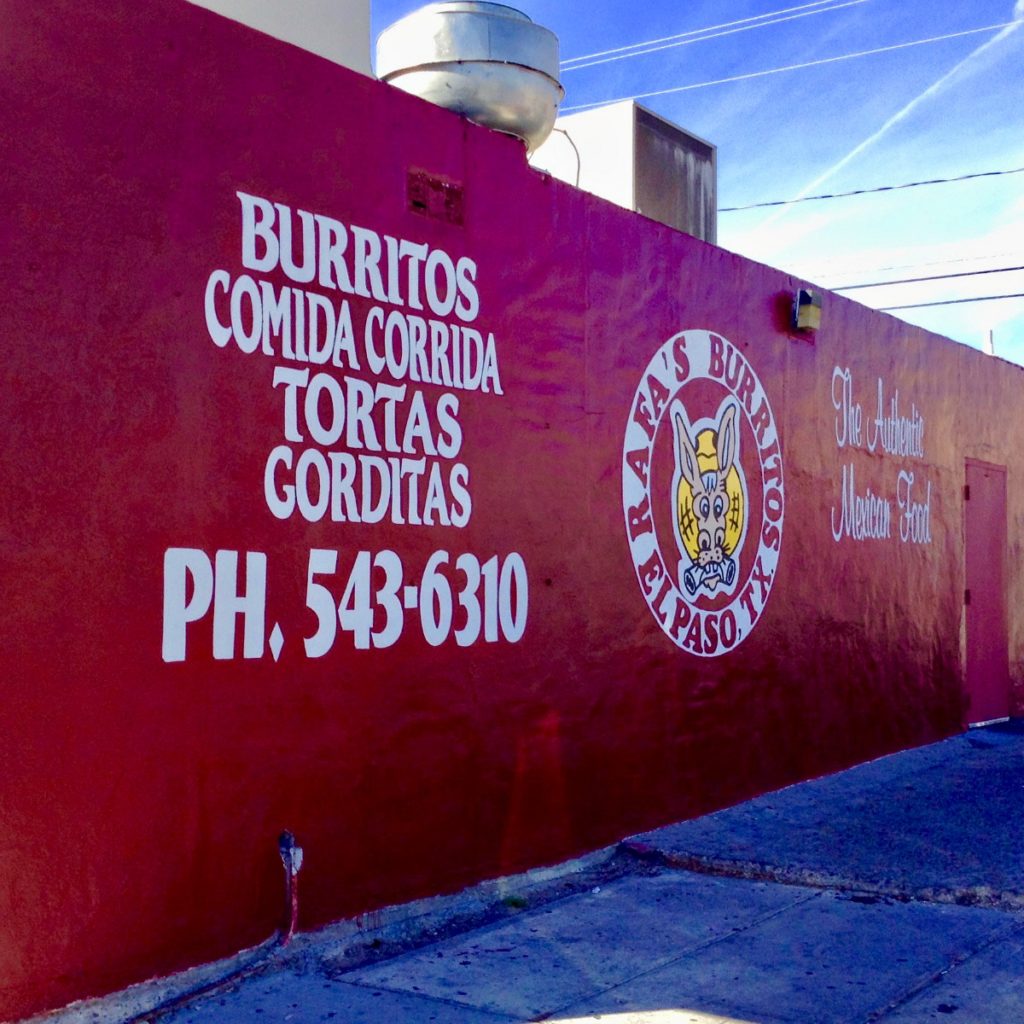 Okay, so it’s winter in the southwest. That’s how I ended up ordering a piping hot bowl of caldo de res even though I walked into the popular neighborhood restaurant with my mouth fixed for gorditas.

Because this was Monday and at Los Bandidos, I soon discovered, gorditas are Wednesday’s special.

(Hey, come to think of it, the day I ate that yum gordita at Rafa’s ~ the daily special ~ was a Wednesday as well.

Tell me, if you know, is there some long-time, unwritten code in El Paso that Wednesday is Gorditas Day?)

Turns out that although the caldo arrived hot to the table, just the way it’s supposed to ~ 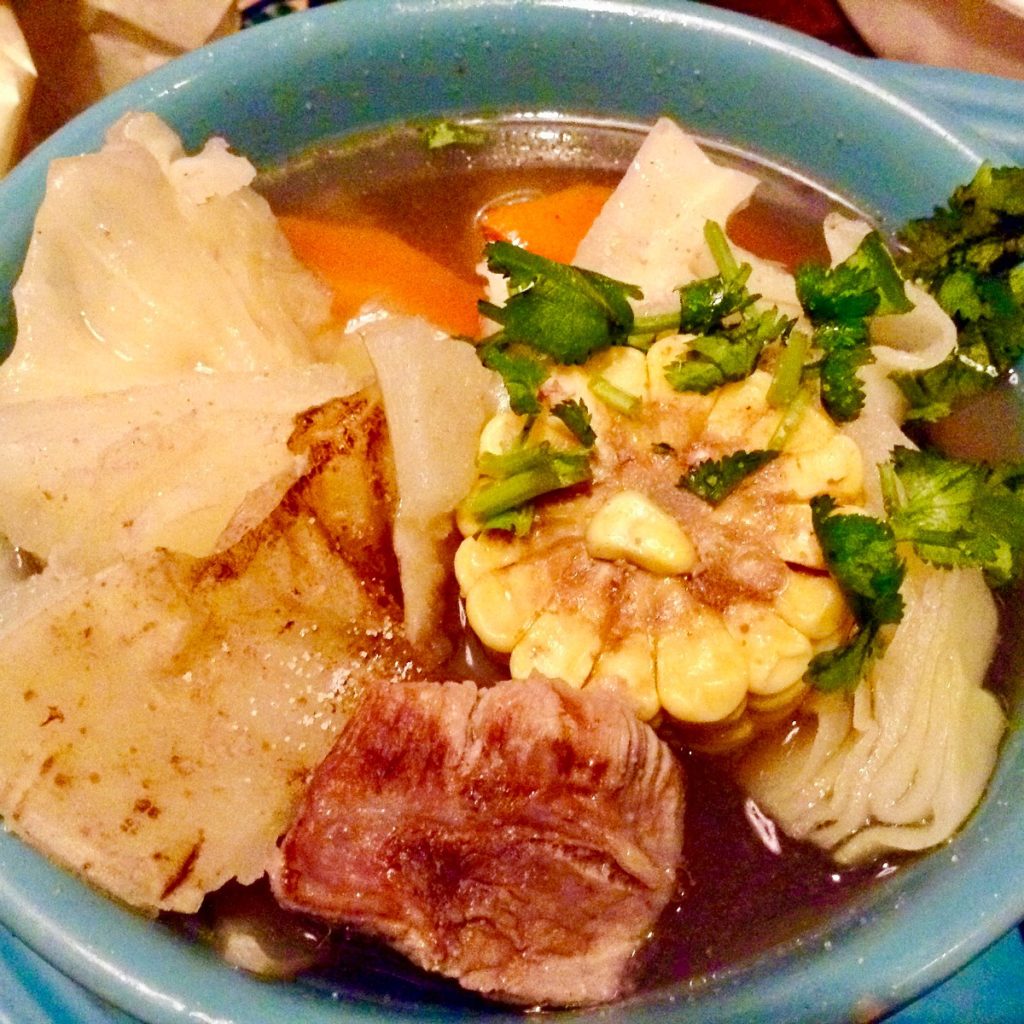 ~ it was SUPER bland.

I made fast friends with both the salt and pepper shakers to make the best of the caldo, the quality of which I learned later, can depend on who’s doing the cooking that particular day.

What I can rave about is everything else.

The gracious service. Those soft tortillas. The rice. And most of all, the best homemade chips and salsa I’ve had in several months. 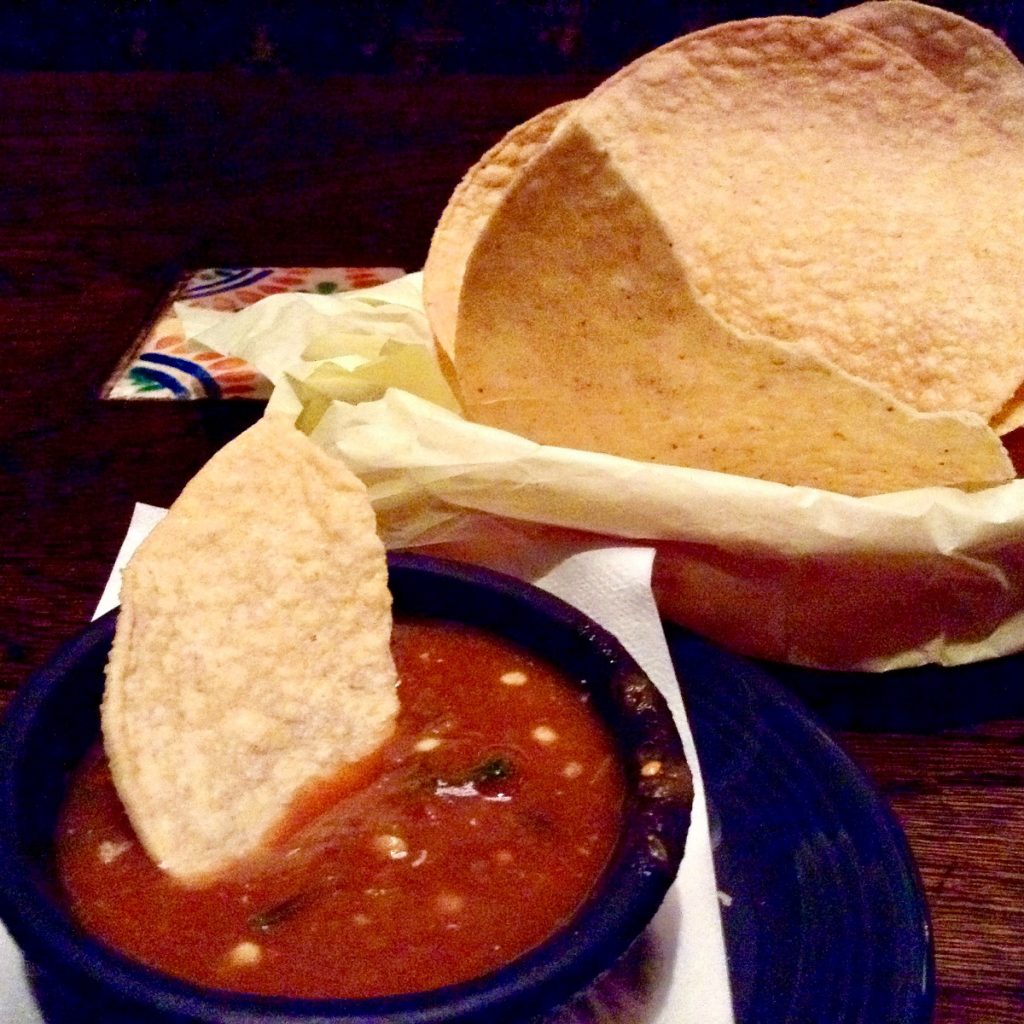 The chips were super-sized after the manner of the monster burritos over at Rafa’s, crisp, and firm. And in the spicy salsa was where I found all the flavor that day’s cook had forgotten to put into the caldo.

Dipping and crunching.  A great way to begin and end a meal in El Paso. 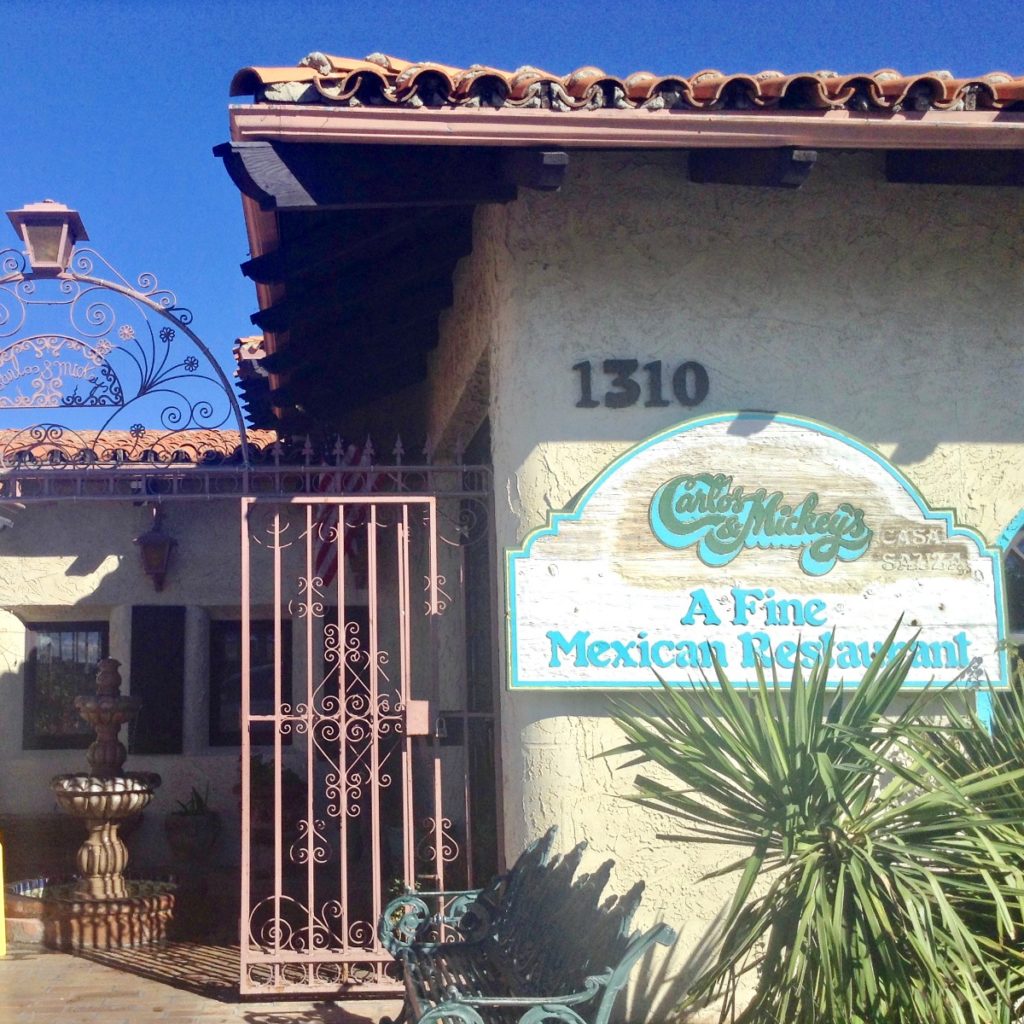 Also worth a mention for your lunchtime El Paso break:

The Lee Trevino location is among the best in this chain of burrito shops that originate in nearby Ciudad Juarez, Mexico.

The counter clerks gave us prompt and polite service and the place was clean and brightly lit.

Best of all, we had walked in HUNGRY and those juicy burritos hit the spot.

My bistec de res burrito was not as sizable as Rafa’s, of course, but its diced beef, peppers and papas came encased in a soft tortilla with a savory taste I preferred. L ordered the barbacoa with braised beef. Little tubs of salsa as well as cilantro and onion, come on the side. 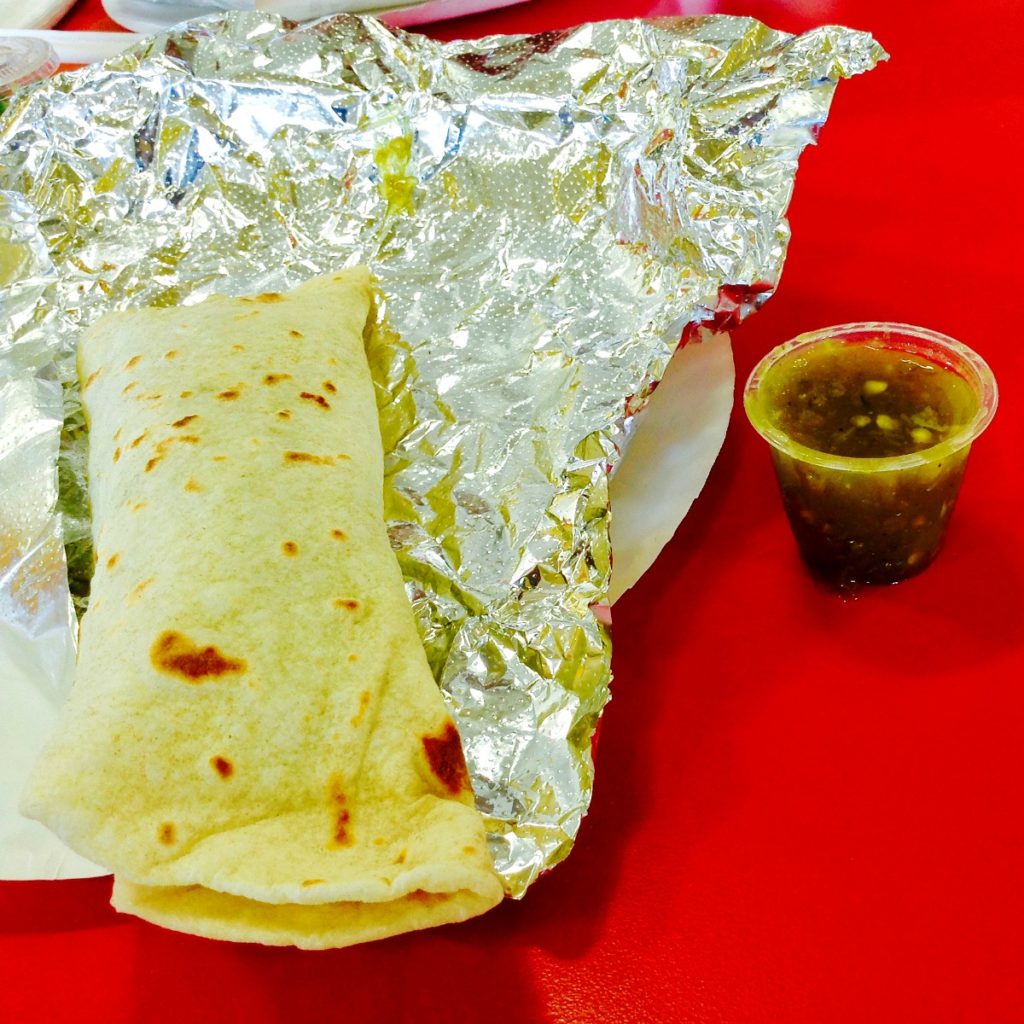 Westside or Eastside, these borderland bites in lunchtime El Paso offer comfort food that goes down easy and is just as easy to pay for.

Which El Paso eatery appeals to you most?