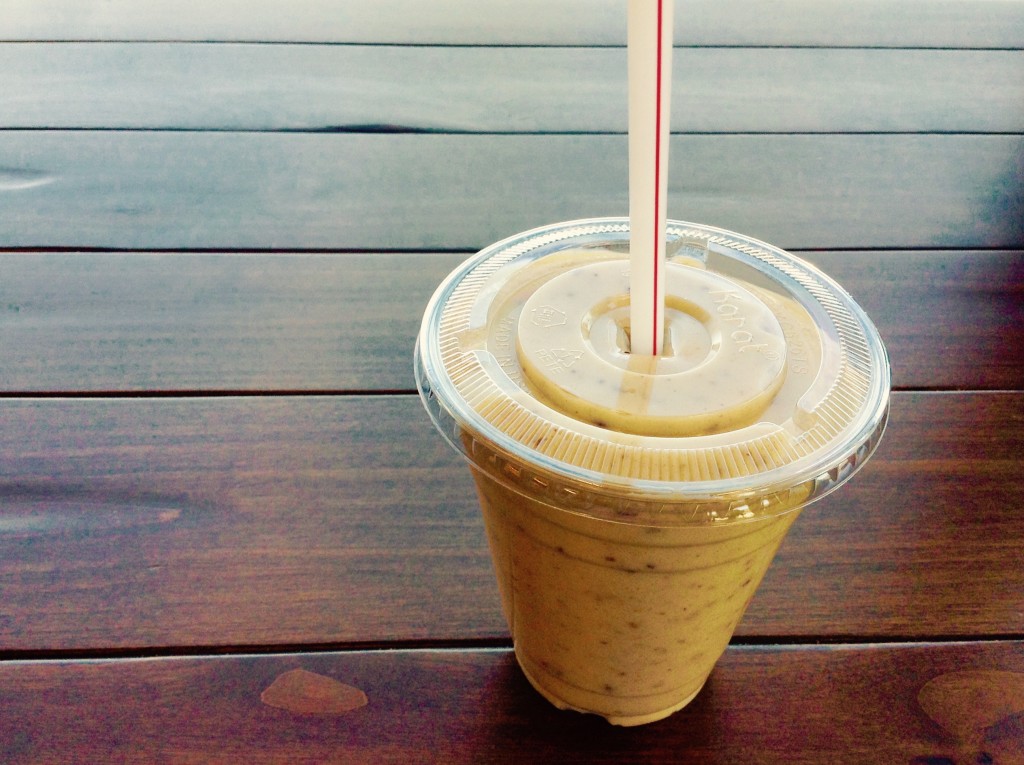 Drinking Hadley’s Date Shake is the sweet way to stay cool when driving through the California desert.

Actually, Hadley’s Date Shake tastes much better than it sounds.

The thing comes colder than ice and is absolutely the best shake I’ve had in 15 years.

I’m sure of that because haven’t been a fan of milkshakes and it has been at least that long since my last. I only tried this one because a friend who used to live near Hadley Fruit Orchards, the place that sells it, raved about it to me.

So now, I’m raving about it to you.

Hadley Fruit Orchards sits in the middle of California’s Coachella Valley, about 1/2 hour east of Palm Springs. The Coachella Valley produces 95 percent of the dates eaten in the U.S. ~ over 40 million pounds of dates each year of different varieties. The chewy sweet Deglet Noor is the one that goes into the extraordinary

Turn your head to the left as you walk in the door and there’s the dining area. Sleek wooden tables and chairs, some countertop. When I walked in most of these were occupied with people eating various foods, but every single one with a date shake.

You order and pay for the shake at the main counter, with or without, bananas. (I took mine straight.) Then you pick it up at a separate smaller counter, similar to the routine at Starbuck’s.

The menu at Hadley Fruit Orchards lists other sweet treats such as ice cream (L’s choice) as well as savory foods like this tasty cup of chili (mine):

Hadley’s Fruit Orchards has a grocery store as well as a restaurant. There you’ll find rows of fresh fruit along with cereals, baked goods, preserves, honey, dressings, even salsas, and chips.

I got lost in the assortment of nuts and dried fruit, my go-to snack foods for the longest road trips.  Bags of dried apricots, plums, strawberries, kiwi, apples, peaches, and more. If you are the least bit sensitive to sulfur dioxide, the substance typically used to preserve dried fruit, you’ll be happy to learn many of these products are free of sulfites and preservatives of any kind.

The idea of nothing between me and my trail mix. I like it.

The grocery section also stocks dates of every variety under the California sun. These include the soft and syrupy Medjool, the caramel-like Barhi, the dry but chewy Thoory, the firm, and sweet-ish Zahidi as well as the popular Deglet Noor. 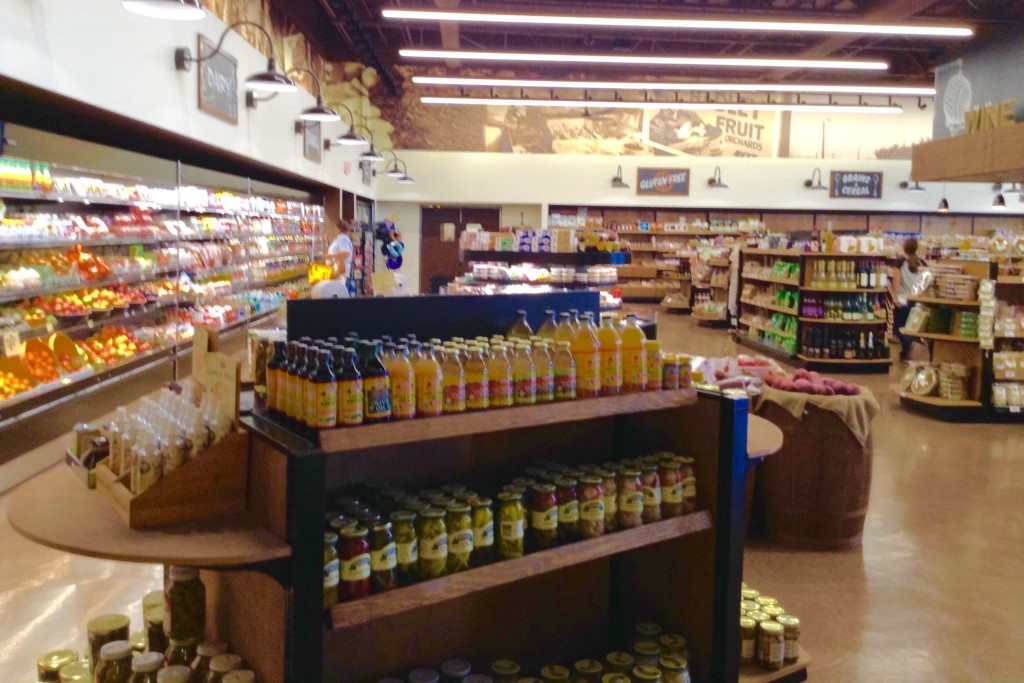 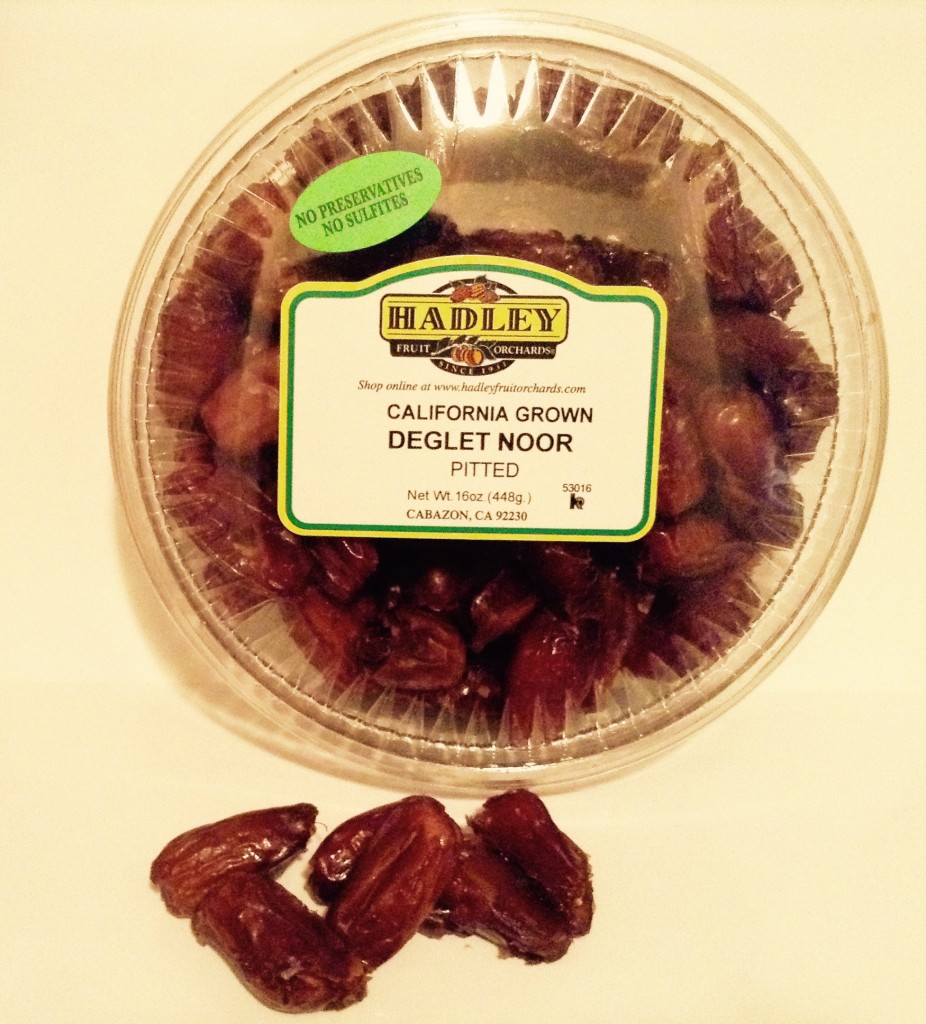 The variety of foods available at Hadley Fruit Orchards makes the store a mecca for dried fruit lovers in search of ingredients for the ultimate trail mix. And Hadley’s Date Shake is a rite of passage anyone who claims to love milkshakes must experience for herself.

It sure made a believer out of me.