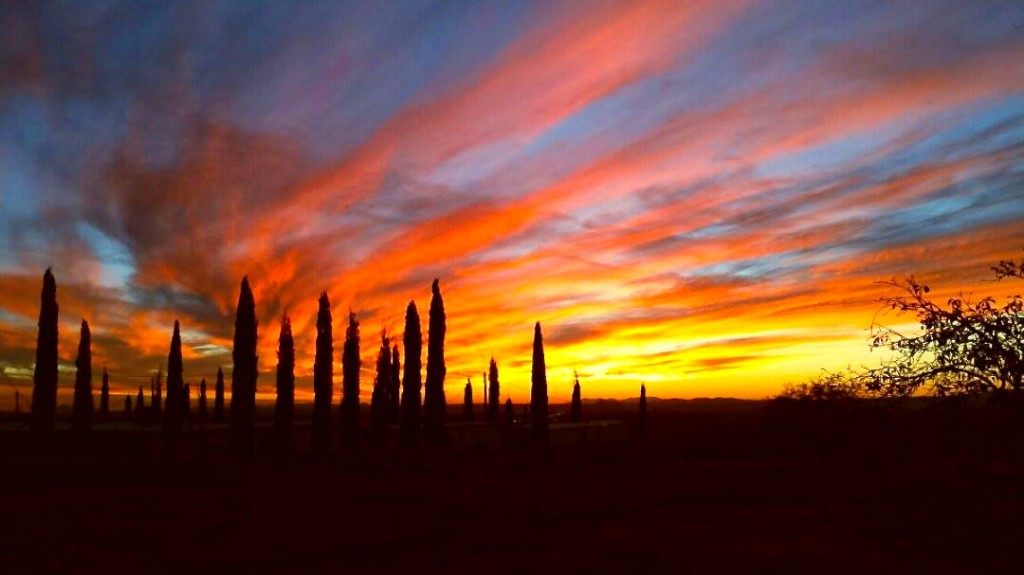 The first stab of love is like a sunset, a blaze of color — oranges, pearly pinks, vibrant purples…  ~ Anna Godbersen

The tall slim tree known as the Mediterranean or Italian Cypress thrives in severe environments like the high desert of southern New Mexico.

You do remember where you’ve seen these trees before, don’t you?

Dutch artist Vincent Van Gogh, while living in southern France, painted cypress trees in a number of works, including “Wheat Field with Cypresses.” 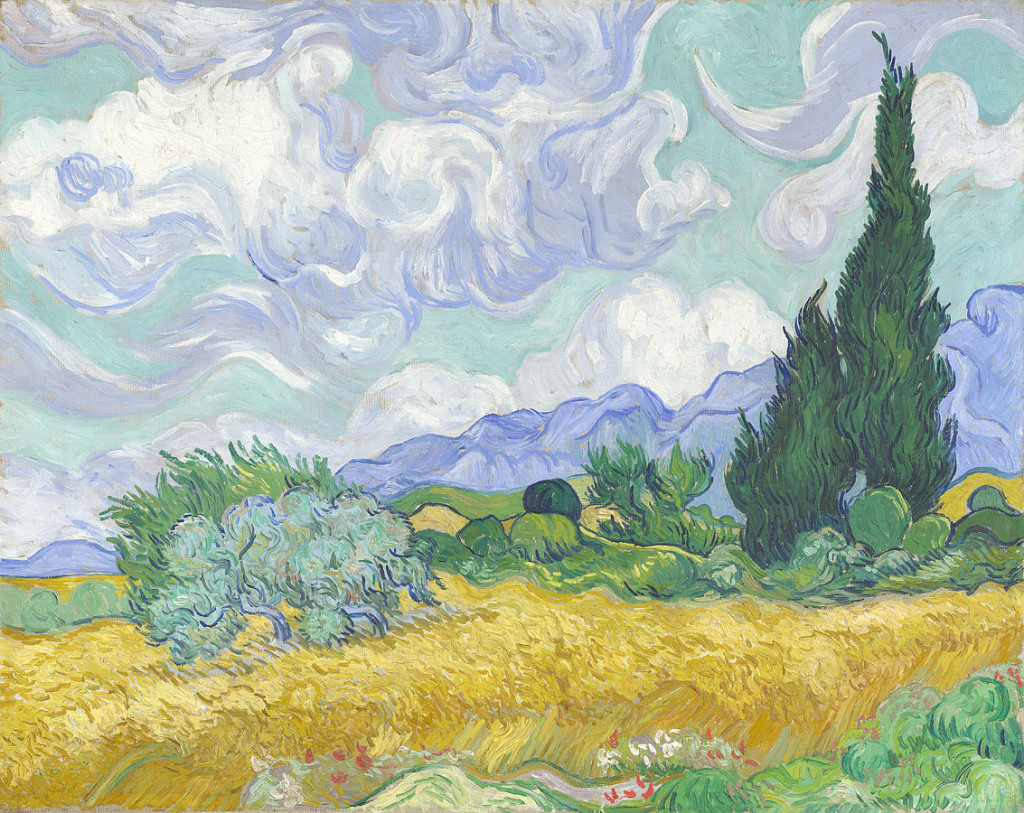 There’s no beating the drama of a New Mexican sunset or anything else in a New Mexico sky.

No denying southern France is beautiful. Yet, New Mexico’s clear and inky-black skies make it a stargazer’s dream. 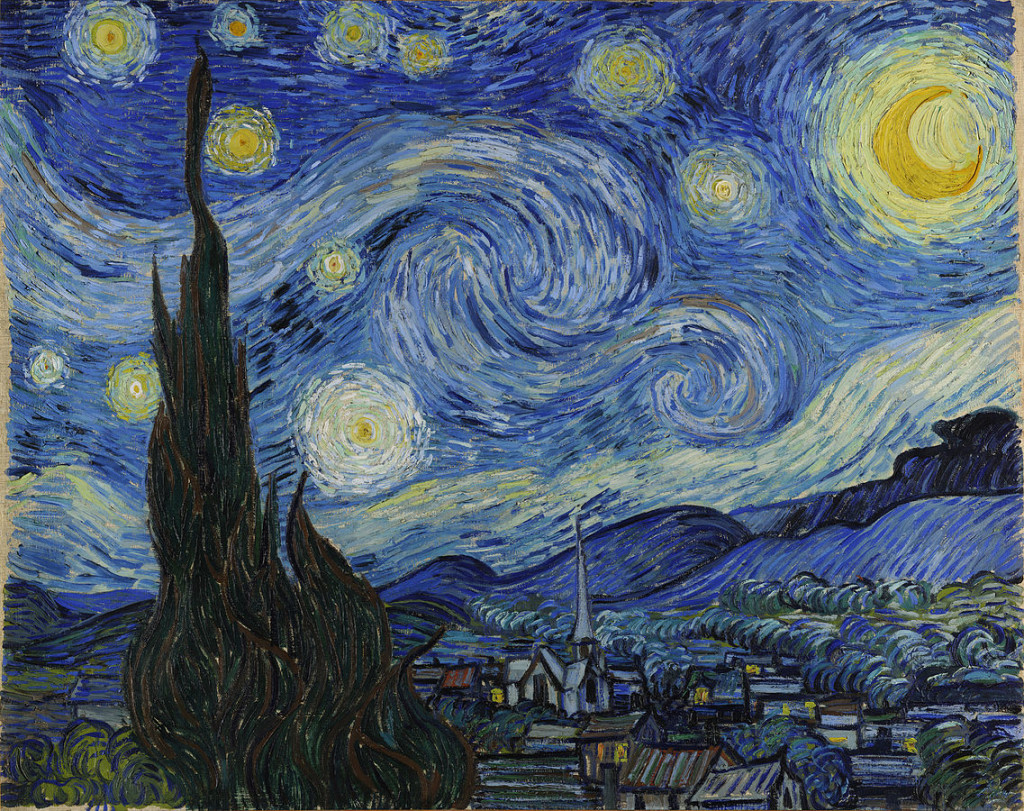 How might Van Gogh’s “Starry Night” have turned out had he painted under a southern New Mexico sky instead of a French one?