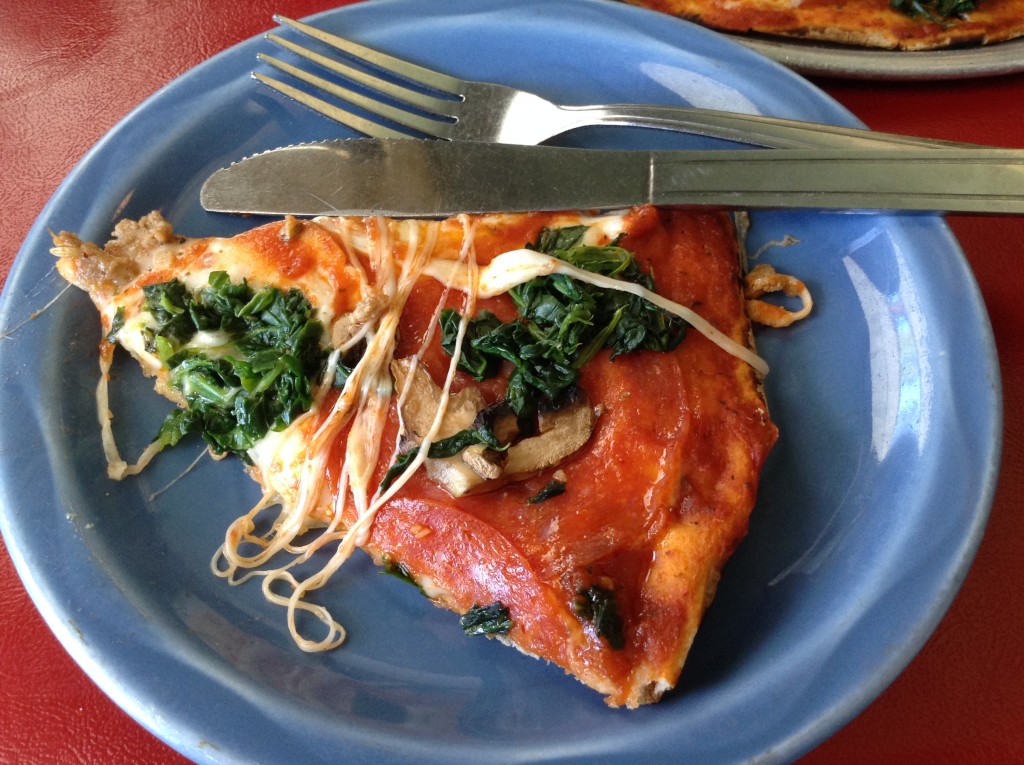 We are headed to Denino’s and we are hungry. ~ robhomeslice

Could anyone declare you certifiably pazza for pizza?

In the course of studying Italian, I’ve come across a tongue twister beginning this way:

At the well of the crazies, there was a crazy woman

who was washing a rag eating a pizza.

So, in Italian culture, the connection between pizza and insanity appears to be a valid one: Even a crazy woman knows a good slice when she tastes it.

ARE YOU CRAZY GOOD PIZZA DEPRIVED?

Does your local pizza place serve up a red pie that makes you want to dance, or a white pie you don’t mind waiting in line for to order on a cold night?

That’s what I found at Zeffiro Pizzeria Napoletana here in Las Cruces. They make a beautiful thin-crust pie with amazing flavor.

Everyone should taste this pizza ~ it’s SO good. 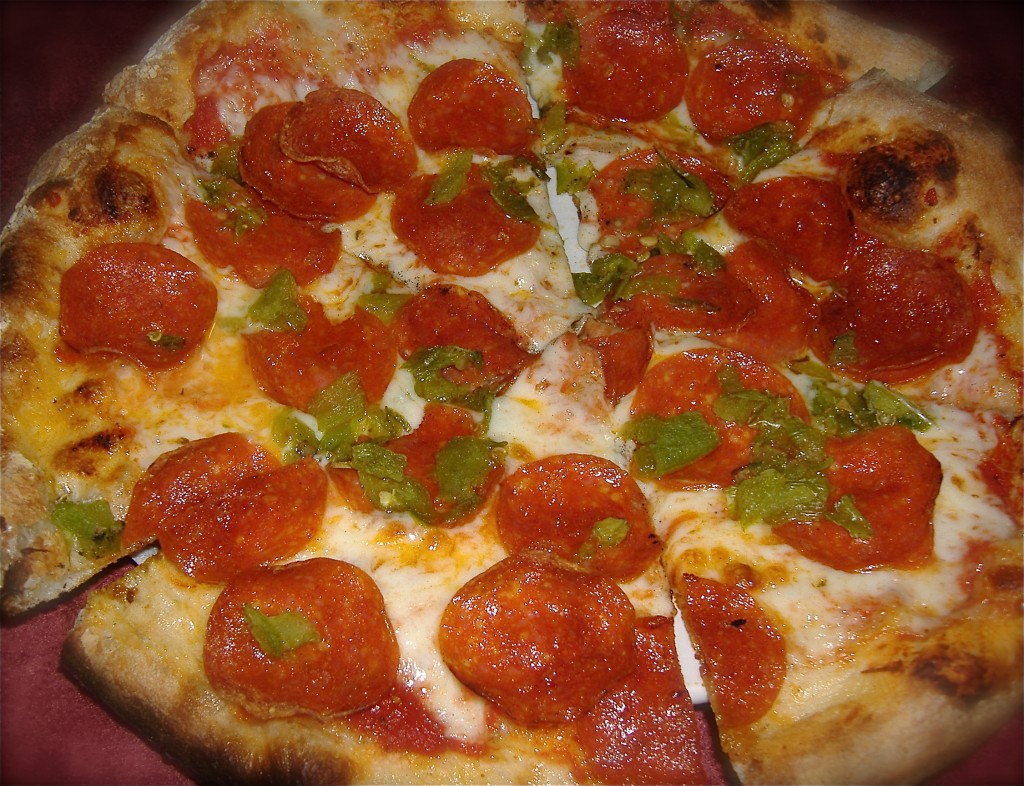 The same New York City streets that fed me deli mainstays like hot pastrami on Jewish rye spoiled me with pizza, both Sicilian and Neapolitan, and toppings like mushrooms, sausage, and my favorite, pepperoni.

Few pizzas taste better than the pepperoni and mushroom of Denino’s on Staten Island. It’s the crunchy crust. My husband, L,  can vouch for the sausage pizza. I’m sure many of the weekend diners that stand on lines going out to the street can vouch for the other varieties.

The absolute BEST pizza pie I’ve ever tasted was in a pizzeria in a town near Naples, not far from where actress Sophia Loren grew up. For the first time, I used a knife and fork to eat pizza and began to appreciate the enormity of southern Italy’s gifts to America. 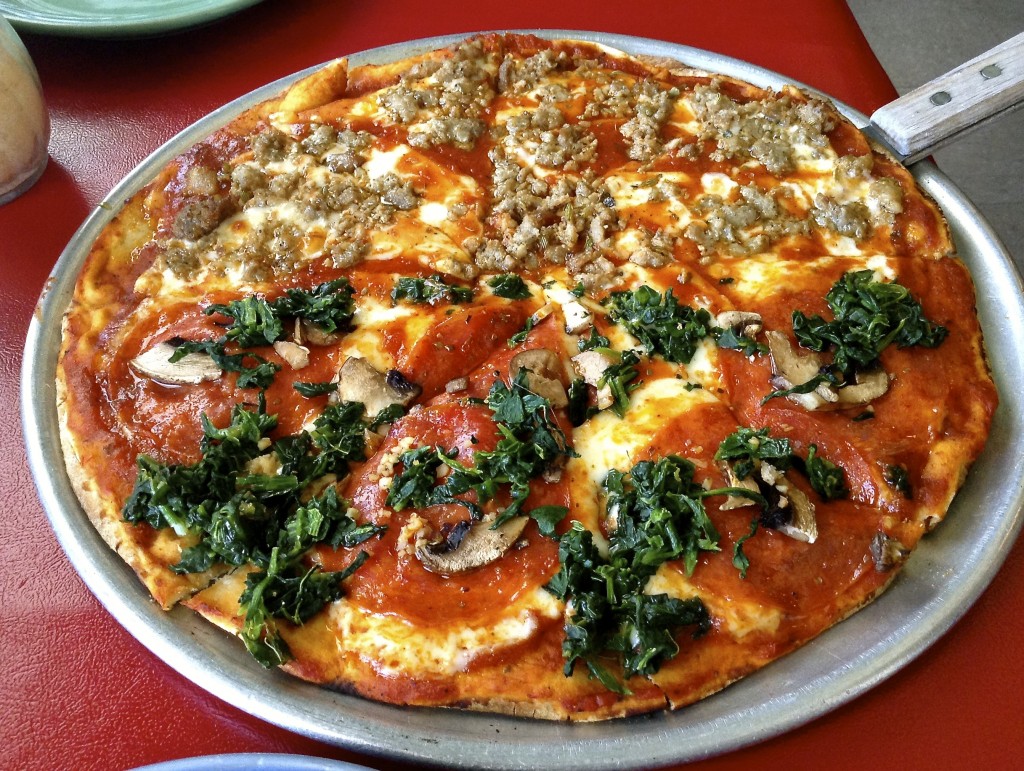 His half was sausage. My half was pepperoni, mushroom, and spinach. Both were delicious.

The Cincinnati Avenue location gave us great service in cozy surroundings ~ take a table by the window for the best date night experience. (It felt romantic enough for us in the daytime.)

Don’t forget to save room for cannoli!

Where was your last crazy good pizza experience?